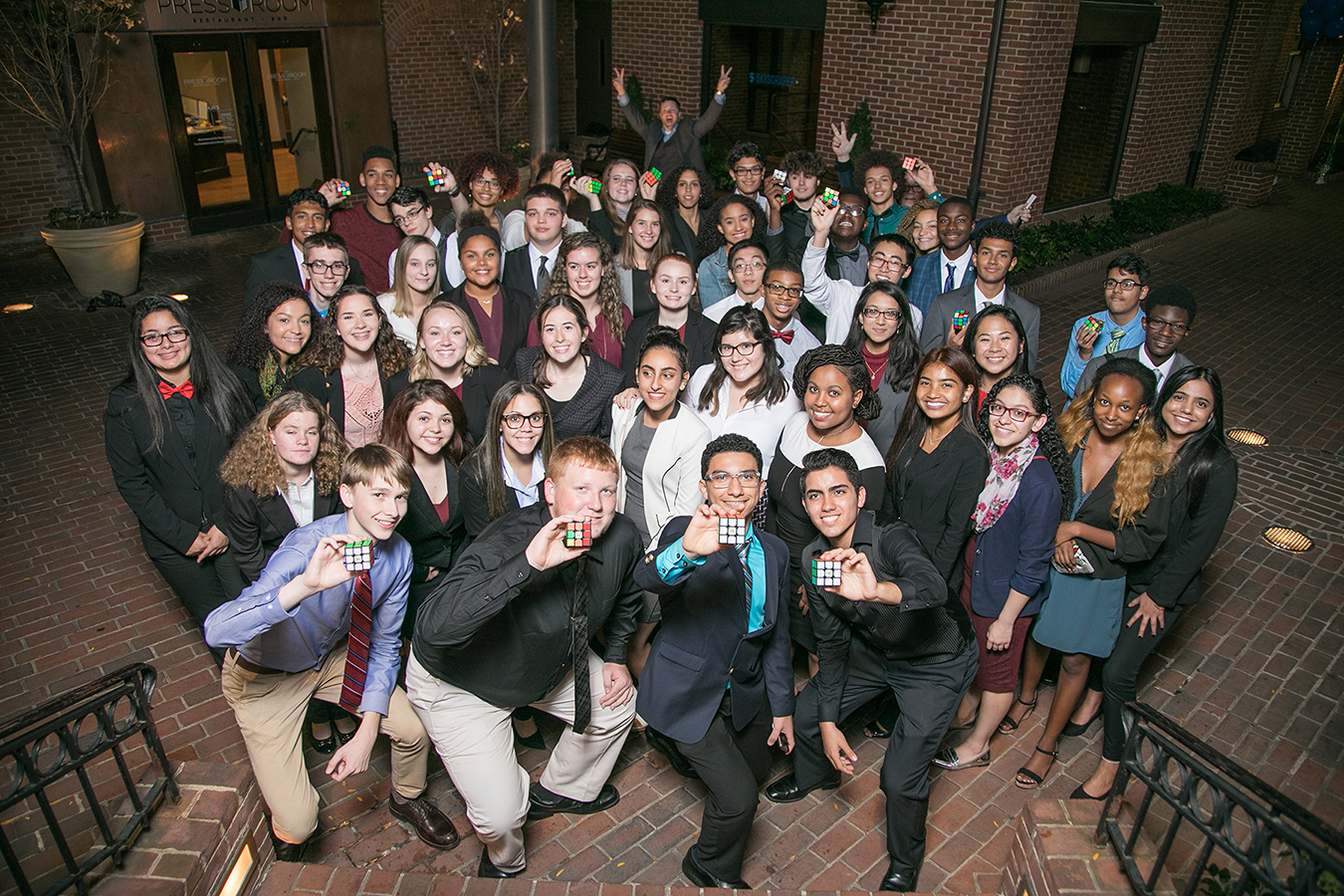 After taking a hard hit to his head right before a big game, Jordan Steffy was determined to prove that he was able to start as quarterback in University of Maryland’s game on Saturday. The team doctor evaluated Jordan and said he believed he might have a concussion. The doctor happened to have a Rubik’s Cube on his desk, and Jordan picked it up and made a deal with the doctor, if he could learn how to solve the Rubik’s Cube, he was well enough to play.

Jordan locked himself in his room for three days and worked hard and figured it out.  In the end he learned much more than how to solve a Rubik’s Cube. Jordan learned that if he was willing to work hard at something, really hard -- he could achieve it. And, when he worked hard to create an opportunity, he had a feeling of accomplishment that he simply could not get if someone just gave him that same opportunity.

Flashback to freshman year, as Jordan’s personal mentor was dropping him off at the University of Maryland, and Jordan turned to thank him for basically saving his life. His mentor only said, “You can’t pay it back…so you have to pay it forward." After getting into trouble in middle school, which could have spiraled out of control quickly; Jordan was introduced to his mentor who had very high expectations and who held him accountable to exceptional standards. He was the reason that Jordan worked hard in school, on the field, on the court, and ended up with a football scholarship to the University of Maryland.

So when Jordan thanked him, his response stuck,

"You can’t pay it back…so you have to pay it forward."

Children Deserve a Chance Foundation and the Attollo program have been Jordan’s effort at paying it forward. Each student who graduates from Attollo (which means to Rise Up) receives the same message that Jordan received from his mentor. The purpose of Attollo is to not only help individual students to Rise Up; Attollo also helps our community to Rise Up. We are investing in students who, we believe, will be the leaders of tomorrow. Armed with the desire to work hard and the leadership principals to make change happen; Attollo scholars understand, "you can’t pay it back…so you have to pay it forward."

Children Deserve a Chance Foundation was started in 2008, (the year that Jordan graduated from the University of Maryland) and was built on the premise that ‘Dreams Don’t Work Unless You Do.’ Now, celebrating its 10th anniversary, the foundation’s main program is Attollo, a leadership training and college access program hyper-focused on juniors and seniors in high school, and at the center of Attollo -- the Rubik’s Cube, of course.

Why is the Rubik’s Cube so important to Attollo? Less than one percent of the world’s population can currently solve the Rubik’s Cube. It has a genius stigma to it. It is confusing. It causes people to fail over and over again and requires tremendous amounts of practice to solve. And, when students reach that goal and keep striving to reduce their time, they realize that being willing to work hard at something, really hard, they can achieve it.

Attollo is based on a theory of change. By enabling the students in our schools to Rise Up, we elevate the schools in our community, and ultimately, we elevate the entire community. The change begins with the individual and is based on the Box 4 mentality. Many of our students and their families begin in Box 1 and we strive to help them reach Box 4:

In 2014, Attollo began a partnership with a local school district that was having challenges reaching its diverse population, and so Attollo Recruit was born. Attollo Recruit is an in-school, six-week, 5:30 AM rite of passage, with cohorts comprised of 30 diverse students. Students are diverse on all levels: race, gender, socio-economic level, and academic performance. Attollo Recruit is focused on personal introspection, mastering the Rubik’s Cube, and learning the six core pillars of Attollo:

All programs and activities are data driven. Of the students who begin Attollo Recruit, 96.4 percent successfully complete it. There is a 98 percent attendance rate for the 5:30 a.m. meetings and the average SAT score increases by 110 points. Scholars spend an average of 550 hours annually in Attollo, versus the national average of 30 hours in another mentoring program. 100 percent of Attollo scholars graduate from high school and 98 percent attend college (two percent enter the military). These successes have led to phenomenal growth. In 2015-16, there were 30 Attollo Scholars. In 2016-17, there were 90 Attollo Scholars. For the 2017-18 school year there will be 210 scholars. This exponential growth will continue and by 2020 Attollo is expected to reach more than 1,000 scholars.

How do Attollo Scholars make these impressive strides?

They are held accountable to their dreams.