Shifts in the basis for payments, and changes in the technologies essential to delivering and collecting for services, have disrupted traditional nonprofit business models. Further disarray awaits with the widespread adoption of 5G-enabled technologies. These circumstances have increased appreciation for the importance of scale to service providers, and the critical role of capital access in achieving it. Capital access is crucial because revenue growth necessarily leads to asset growth that must be funded either by increases in debt or equity. As nonprofits cannot issue stock and are engaged in low margin industries, nonprofits pursuing scale must focus on alternative avenues by which wealth can be captured or created.

Nonprofit business combinations offer a strategic alternative to overcoming the inherent capital constraints of the nonprofit corporate form. However, the successful execution of serial business combinations requires nonprofit directors and officers to adopt a new business model and to conduct their affairs in unfamiliar ways. My experiences advising nonprofits on the “buy-side” of transactions in the human services space indicate that providers pursuing scale via business combinations should be mindful of the factors described below.

A business model describes the way a firm builds value and serves as the underpinning of a firm’s competitive strategy. Traditionally, nonprofits create value by competing successfully for fees or donations, but they can also capture value via business combinations that simply consolidate the nonprofits’ balance sheets. For nonprofit consolidators, the incremental value obtained from value capture on the closing date will typically dwarf that achievable through value creation. Consequently, the business model of nonprofit consolidators should be primarily focused on closing as many business combinations as practical during the initial phase of industry consolidation.

Nonprofits business combinations historically have primarily been “one-offs,” in which a larger nonprofit “acquirer” in a local market absorbed one or a few smaller nonprofit providers delivering similar or complementary services within a single market or geographically contiguous markets. Transactions have been opportunistic rather than strategic and often the result of financial distress or the retirement of a founder or chief executive. Typically, deals have been introduced by nonprofit’s officers or directors rather than bankers or brokers and concluded over an extended interval.

In contrast, nonprofit consolidators act with an urgency borne of awareness of the critical importance of timely decision-making processes to successful deal-making. Consistent with this culture of urgency, they build experienced due diligence and integration teams to allow them to close multiple deals simultaneously. Sustaining such cultures necessitates shifts in the mindsets of directors and officers that are often uncomfortable for both governance and Chief Executives.

Historically, the business model adopted by nonprofit providers complemented a firm-based value chain logic in which services are conceptualized as the product of a series of coordinated activities performed sequentially by one or more professionals facilitated by the requisite support staff. Nonprofits that undertook more than a single transaction tended to organize themselves as holding companies with subsidiaries that included service providers, an infrastructure company, and a foundation. The parent organization’s control typically relies on establishing the parent as the sole member of each subsidiary and providing the sole member with the power to nominate, elect, and remove subsidiary trustees. From the perspective of the parent company, this arrangement offers two key benefits: first, a corporate veil insulates the parent company and other subsidiaries from wealth-destroying events that occur at any other subsidiary, and second, effective control by the parent over its affiliates.

The holding company structure, which was adapted from the commercial world, has significant deficiencies when business combinations are concluded on a basis other than price. By their charter, nonprofit directors and officers -- who by state law are the decision-makers concerning business combinations -- are precluded from receiving an unearned economic benefit from their nonprofit involvement, and nonprofits have no owners. Consequently, decisions about business combinations by prospective subsidiary boards of directors are not driven primarily (nor often, even secondarily) by economic considerations. Instead, officers and directors are influenced by a variety of factors that may include preserving their roles in the charitable enterprise post-closing, maintaining significant local control of the provider, access to enhanced technology, or other considerations.

Successful nonprofit consolidators must adapt their business model to accommodate these different factors that motivate nonprofit directors. Generally, the business model design will leave maximum strategic and operational control with the local board and management consistent with permitting consolidation for financial reporting purposes. Models that achieve these twin goals must challenge the long-standing presumption that the firm is the relevant domain for strategic planning and replace it with a network-centric alternative. This paradigm shift is essential because, in the emerging health and human services industry, large diversified systems of interdependent providers with different assets and competencies that address various diseases and populations by offering distinct services will compete with one another to create and capture value.

Executive vs. Board Dominance

Consolidators are hybrid organizations employing multiple value creation logics, which increases complexity and the challenges faced by governance and management. This complexity is further compounded when firms in dynamic environments are networked as a result of mergers and acquisitions.

This growing complexity results in information asymmetries between firms’ directors and officers that are difficult to accommodate under any circumstances, but far more so in nonprofit settings where governance control is not accompanied by the compelling private economic interest associated with ownership.

Simply stated, the ability to judge strategic issues is a precondition for effective governance, and the complexity associated with the consolidator’s business models means that few trustees can satisfy this precondition. Nonprofits are thereby faced with a formidable competitive disadvantage relative to their for-profit competitors (notably platform investments of private equity firms), whose boards are comprised of a small cadre of highly incentivized industry experts fully capable of assessing strategic alternatives, allocating capital, monitoring management performance, and motivated to take timely corrective actions as necessary.

The consequence of the foregoing is that the chief executive of nonprofit consolidators must be afforded vastly greater freedom of action than has been delegated by boards historically, and monitoring of management performance by boards will require a smaller number of specialists who may be compensated to accept the rigors of their more demanding roles.

And a Prediction...Voice vs. Exit

In perfect competition, the recovery of failing firms is not essential because the market share lost by one firm is gained by another, and shareholders exit the shares of failing firms for those with superior returns. In contrast, health and human services operate in markets resembling monopolistic competition in which firms offer products or services that are similar but not perfect substitutes, and the decisions of any one firm do not directly affect those of its competitors. In such markets, barriers to entry are low, resources are allocated inefficiently, and prices are higher than optimal. Further, when firms engaged in such markets are nonprofit, the constraints that owners (or activist investors) otherwise impose to prevent directors and officers from pursuing their private interests are absent. In these circumstances, nonprofit consolidators not infrequently discover that business combination proposals are rejected either because the proposal recipients’ directors and officers place the interests of their organization above advancing its mission, or because their private interests would be impaired.

Consolidators historically have exited in the above circumstance, mindful that a fragmented market offers attractive alternative investment opportunities. The decision to exit is a rationale one when the good being pursued is a private good, but nonprofit consolidators are engaged in advancing public interests. The alternative to exit is voice, which is the only way other than violence that the behavior of others can be influenced when exit is unavailable or undesirable. In the context of nonprofit business combinations, exercising voice will likely entail the adoption of tactics traditionally associated with activist investors. Initially, the voice option will target larger, underperforming firms whose directors and officers have explicit conflicts of interest, and which rely heavily on external financing such as tax-exempt bonds.

There is an alternative to nonprofit decline. In a world of scarce resources and growing needs and expectations, nonprofits’ capital resources must be allocated with optimal efficiency, and fixed costs must spread over the optimal revenue base to minimize unit costs.  Nonprofit business combinations offer the best – perhaps the only – means to achieve these ends. 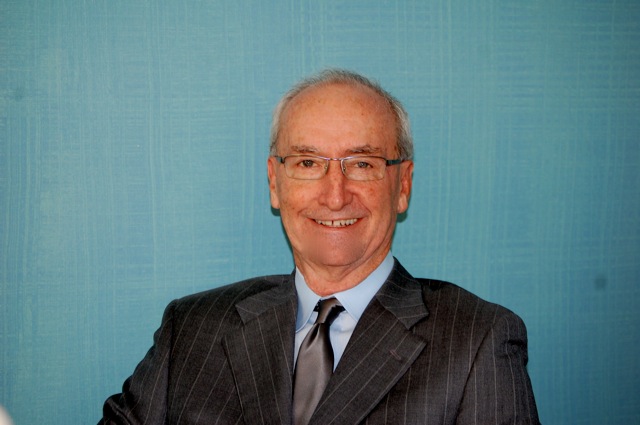 J. Kevin Fee is the President of Angler West Consultants, an advisory firm focused exclusively on mergers, acquisitions, and affiliations of human services organizations. Clients of the firm have included public, private, and nonprofit corporations that provide behavioral health, addictions, developmental disabilities, child welfare, or special and alternative school services. Founded in 1996, Angler West has been involved in more transactions involving nonprofit human services organizations than any other intermediary over the past two decades.

Before founding Angler West, Mr. Fee had more than 25 years of experience serving as a senior executive of various nonprofit health and human services organizations.

Mr. Fee has published articles on topics including business combinations, financial restructuring, valuation, and governance of nonprofit organizations and has presented at conferences on these and other topics.