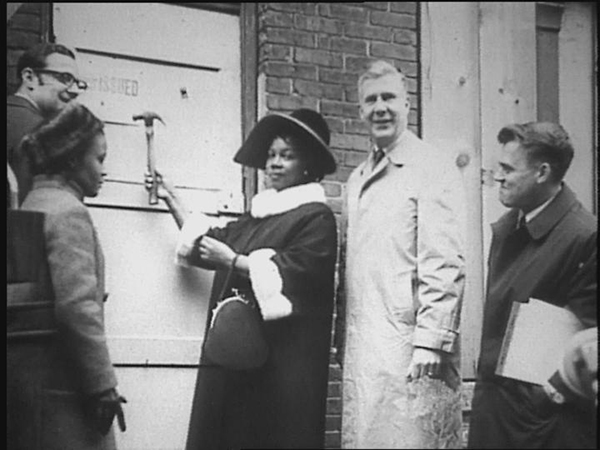 As a lifelong community developer and a black woman, Dorothy Richardson is an inspiration. She galvanized her community and started a national movement.

In the 1970s, Richardson understood that the redlining practices of the day were shutting her out of the economic mainstream and blighting her neighborhood in Pittsburgh, Pennsylvania. She understood that government policies deliberately fenced blacks into particular neighborhoods, denying them benefits that went to whites nearby.

Richardson successfully challenged banks to issue conventional loans so that people in her neighborhood could fix up their homes and buy homes. She accomplished all of this through partnerships – with banks, residents and the government all working together. By saving her neighborhood, Dorothy Richardson inspired a national organization that has thrived for thirty-seven years and counting— NeighborWorks America.

Richardson practiced what I have come to call “kitchen-table community development,” which has resident leadership at its core, firmly rooted in economic empowerment and wealth creation.

What happened in Pittsburgh typified what happened in urban centers throughout the country, and most certainly Philadelphia—well-known as a city of neighborhoods. Philadelphia’s Neighborhood Advisory Committees (NACs) were established at that time based upon the premise that residents must participate in the planning and revitalization of their communities. The NACs gave birth to the city’s robust community development sector and a whole generation of leaders. They remain a vibrant force for civic engagement and neighborhood improvement.

In 2007, minority neighborhoods again were hard-hit with disinvestment and displacement, this time as a result of the flooding of communities with subprime and predatory lending. The foreclosure crisis and Great Recession wiped out decades of progress in acquiring wealth and stabilizing neighborhoods. However, the activities of NACs and community development corporations (CDCs) helped to mitigate their impact for thousands of homeowners.

Philadelphia has been able to gradually reinvent itself as the Great Recession wound down. It now has a thriving economy and, for the first time in many years, a growing population. However, gaps remain in revitalization and achievement. Like most of our major metropolitan areas, it is a tale of two cities.

Researchers at Duke University and The New School have found that “wealth is the economic indicator in which whites and communities of color are most disparate.” Their analysis reveals that in America today, “a white person who dropped out of high school has greater wealth than a black person with a college degree.”1

No less a social commentator than Chris Rock talked about the importance of wealth—as distinct from money—in black communities back in 2004. [Shaquille O’Neal] is rich, Chris Rock would say, but the person who signs his check is wealthy.

“Wealth is empowering. Wealth can uplift communities from poverty…Wealth is passed down from generation to generation. You can’t lose wealth.”2

Wealth is not just money or assets. It’s the social network that goes with it. Better schools. Better neighborhoods. The “who you know” that can help your kids get their first jobs – or help you get a new job if you are suddenly laid off.

We used to always look to homeownership for wealth creation. I still believe homeownership is one of the best ways to create security. Philadelphia, in fact, has a strong tradition of homeownership. Although the rate of homeownership has declined since Dorothy Richardson’s time, at 52.2 percent, it is still higher than in most larger cities in the Northeast.3

However, owning and maintaining a home can be a burden without economic opportunity, even if that home is mortgage free. Nearly 38 percent of Philadelphia’s homeowners have annual incomes below $35,000. The city is second only to Detroit in the number of low-income homeowners.

Today, the conversation about homeownership as wealth creation is a lot more complex and nuanced, especially as Northeastern neighborhoods rapidly gentrify—most notably in parts of Philadelphia, New York City, Boston and Washington, D.C. Displacement is a real concern as zip codes improve.

The opportunity for more to live in a more desirable zip code—to be positioned for achievement—is behind the 2015 U.S. Department of Housing and Urban Development rule on fair housing. Cities receiving federal funds now must demonstrate progress in reducing housing segregation, increasing choice and promoting inclusion.

In cities like Philadelphia, that could be a matter of blocks.

New Kensington CDC (NKCDC), a chartered member of the NeighborWorks network, created the Sustainable 19125 & 19134 initiative to transform those zip codes in Fishtown, East Kensington and Port Richmond into the greenest in the city, with all the resultant health and environmental benefits for the people who live there. The organization owes the initiative’s success to its extensive resident engagement.

NKCDC now is expanding north within the 19134 zip code to the much more blighted adjacent neighborhood. It is doing so in firm partnership with residents through the Somerset Neighbors for Better Living. Local elected officials have noted a definitive uptick in the number of constituent calls, which they take as a clear indicator of increased civic engagement. Revitalization will take years, but it will be driven by the residents.

Community development professionals and their organizations must continue to lead the way in helping neighborhoods become places of opportunity, while assuring that families retain the ability to move to areas that already are “opportunity zones.” We have the understanding, the skills and the legitimacy to do so. To be successful, we need resources, tools and cross-sector partnerships.

I am deeply saddened by the growing epidemic of violence against people of color and what that says about race relations in our country, as well as the lack of economic opportunities for people of color. Thankfully, Philadelphia has not experienced the horrific events we have seen in Ferguson, Chicago, Baltimore and New York City, but we are jolted just the same.

I am so proud to be part of a network in Philadelphia and at NeighborWorks America where people take on these tough issues, and where discussions about race, wealth, equality and inclusion are embraced.

I welcome you to sit at Dorothy Richardson’s kitchen table. 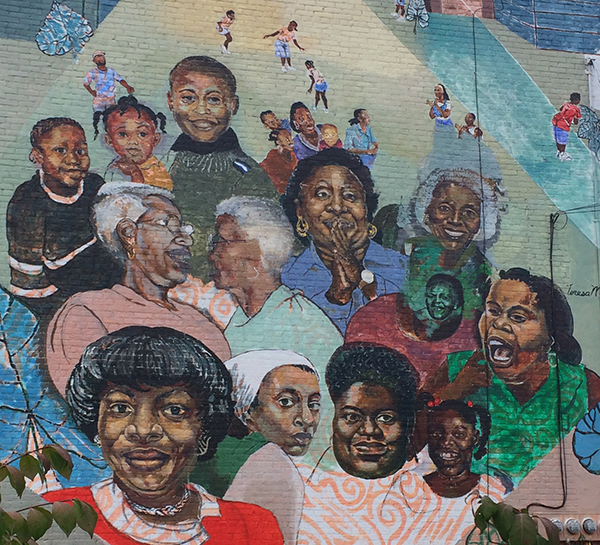 1 Darity, William, Jr. and Darrick Hamilton. “Shades of Wealth and Economic (In) Mobility. Some Results from the National Asset Scorecard for Communities of Color.” Racial Wealth Inequality at the Metropolitan Area and National Levels: Findings and Implications. https://www.stlouisfed.org/~/media/Files/PDFs/HFS/assets/Connecting-Communitie_July-16-2015_FINAL.PDF

3 “Homeownership in Philadelphia: On the Decline.” The Pew Charitable Trusts, July 2014. http://www.pewtrusts.org/en/research-and-analysis/reports/2014/07/09/homeownership-in-philadelphia-on-the-decline   p.1

4 “Homeownership in Philadelphia. On the Decline.” The Pew Charitable Trusts, July 2014.