Philadelphia’s community development field has worked effectively during the last twenty years to stabilize neighborhoods through myriad efforts addressing quality of life, safety, housing and small business development, transforming neighborhoods of neglect and disinvestment into neighborhoods of improved opportunity and new investment. Many CDCs and community groups now are leading the way to take the local field’s accomplishments still farther by focusing their efforts on addressing education for both youth and adults with in-classroom and out-of-school learning. Their goals are ambitious: transform their target communities into neighborhoods of choice where both long-term residents feel pride and can see multigenerational investment grow and newcomers seeking that single family home with modern finishes and easy access to public transportation and good schools can find what they are looking for in establishing their own homesteads. Their pathways are diverse and forward thinking. In this brief overview we will explore outstanding examples of CDC work in education from high-quality pre-k, public and charter schools to innovative approaches to adult education serving hard to employ job training and college degree programs.

Fun with paint and numbers and revitalization

On a quiet block in the Frankford section of the city, a small but influential Lutheran church is slowly but effectively rebuilding a neighborhood corner that was once among the city’s busiest hubs for drug sales into a state Department of Education four star-rated Keystone early education center—Pennsylvania’s highest rating. Grace Lutheran Church and its CDC arm, Grace Neighborhood Development Corporation, under the focused leadership of Reverend Chandra, has built its community development work as a part of its Christian mission and inculcated itself into the neighborhood’s nascent revitalization. This has been done with single-family housing development and HUD-certified housing counseling that has enabled single working parents to become first-time homeowners.

What started as a small daycare center in a room in its aging church building has transformed into gleaming new learning facilities with nearly 100 well-trained diverse staff serving more than 300 young people each year with preschool and afterschool programming. The Church’s new Family Learning Center is outfitted with state-of-the art equipment and materials, including a high-end commercial kitchen and a bright, airy indoor play space and a palpable sense of opportunity, excitement and fun. The Church school houses its federally funded Head Start program and its Family Center hosts its myriad other pre-k and out-of-school time programs. “We just want to help people by giving them the things they need to be successful in life—a good start and strong faith,” said Rev. Soans. As Grace Neighborhood Development Corporation builds on its success it is seeking to partner with others in the possible purchase of a vacant public or archdiocese school to launch an elementary school program in the future.  Given the church’s successes to date, we know that future is closer than ever.

The good gray poet of the late 19th century has little to no connection to the neighborhood in South Philadelphia where a Grammy-award winner and a tax accountant work to build great people with an eye toward building an even greater neighborhood. The bricks-and-mortar work undertaken by Universal Companies, under the visionary leadership of composer Kenny Gamble and Rahim Islam has been truly outstanding with developments that range from single- and multi-family housing, commercial storefront redevelopment and several mixed-income projects—some of the first of their kind in the city—that helped bring private investment, public housing planning and neighborhood engagement together to transform abandoned blocks along and near South Broad Street into the heart of the community’s renaissance, attracting empty nesters and young professionals while securing growth of family-held equity for long-term residents and their families.

As their record of accomplishment reveals, what really propels Mr. Gamble and Mr. Islam’s efforts is their expansive array of education-based community development endeavors that started with a small charter school on the corner of 15th and Catherine and has expanded to include launching, administering and providing oversight to ten public and charter elementary, middle and high schools, as well as building an urban learning campus through the multimillion dollar Audenried high school redevelopment that houses youth and adult learning programs. “You can’t build a community without building the people in the community first,” said Mr. Islam. Their work is gaining national attention from community developers and school districts from across the country that are seeking to build their communities similarly. Old Walt would be proud. 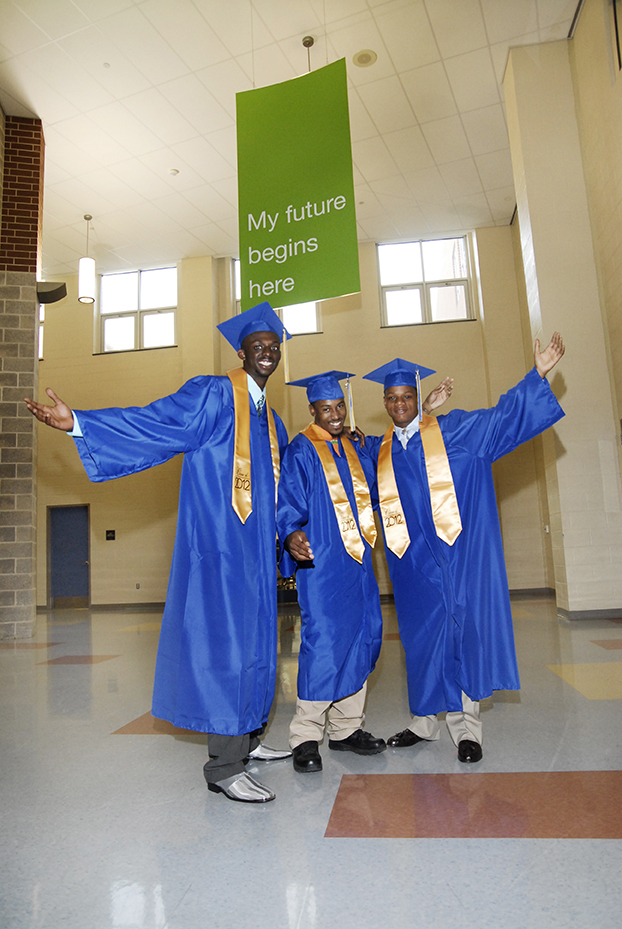 Training Those Who Need the Most to be The Best

Impact Services Corporation serving the Kensington/Allegheny area in North Philadelphia, was launched in a humble warehouse with a handful of staff and a grant from the Ford Foundation in 1976. Now, it’s a nearly $7 million operation serving veterans in distress and hard-to-employ men and women with programs that provide a lifeline to a better future. Its myriad services boast one of the nation’s unique dual-diagnosis programs helping veterans transition from mental health crises and drug and alcohol addiction into healthy and productive lives. Impact’s bricks-and-mortar projects include a range of high quality housing options from single-family homes for first time home buyers to supportive and transitional housing that will include in 2017 one of the nation’s only facilities serving women veterans and their families. At the heart of this compelling and effective work is a program that trains men and women—some with literacy issues and most with little to no work history—in the skills that prepare participants to leap into the work world earning not just wages but dignity and respect. Casey O’Donnell, a clinical psychologist by training and Impact’s president and CEO, is working to increase efficiency of their education programs through new partnerships with the Pennsylvania Department of Labor, clinical researchers and practitioners as well as local businesses in the region. All of this work is in line with what Impact’s founding CEO John MacDonald is often quoted as saying: “You’ve got to meet folks where they are to get them to where they want to be.” Impact Services is truly living up to its name and its founder’s mantra.

Going from Homelessness to Graduate School One Achievement at a Time

Along 60th Street in West Philadelphia, ACHIEVEability has built programs and services targeted to benefit local residents in need, including building new and multi-family homes, and housing counseling that includes foreclosure prevention and first-time homeowner preparedness. While outstanding examples of quality community development efforts, these programs serve as spokes on the wheel of ACHIEVEability’s broader work. At the center of this wheel serving as its engine is the organization’s impressive array of education initiatives focused on young school children with quality afterschool and summer activities, and supporting adults as they prepare for, enter and complete undergraduate and graduate degree programs, transforming the lives of families for the better and forever. A recently highlighted example comes in the form of the story of Kelly and her son Marcell.   Kelly came to the organization without a home or hope. With ACHIEVEability’s affordable housing supports and enrichment programs, not only did she go to college and secure a bachelor’s and master’s degrees and eventual homeownership, but her success has also enabled her son to go on to pursue degree study in civil engineering and physics. “I took advantage of everything the program had to offer. ACHIEVEability provided tutoring for my son, otherwise I couldn’t have gone to school,” said Kelly.  That determination is inspiring and continues to make a strong impression on the next generation in her family, building life-long achievement. 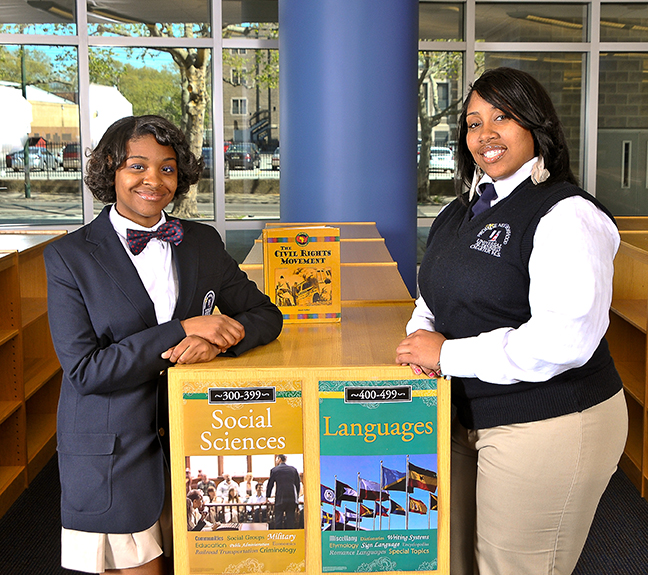 Esperanza is the nation’s largest Latino-focused nonprofit organization with a network of 13,000 community and faith-based organizations in its collective, serving as both a model and point of inspiration to underserved communities through the extraordinary vision of its founder and president, Reverend Luis Cortes. Providing a range of programs in economic development, immigration support, and education, his work has been featured in national publications and television broadcasts. He includes in his circle of influence United States Presidents and CEOs of multinational corporations. In a report from the President’s Advisory Council on Faith-based and Neighborhood Partnerships, Esperanza’s education programming is sighted as a best practice model. In 2013, US News and World Report ranked Esperanza Academy in the top 9% of all schools at both the state and national level. The core of this considerable acclaim is a humble and simple mission taken from scripture, “to serve the least.”

What is truly exceptional about this work is its deep and broad focus on education for youth and adults.  Esperanza’s sprawling urban education campus in North Philadelphia boasts not only gleaming elementary and high school facilities, including a cyber-charter school, but also features Esperanza College, a two-year associate of arts degree-awarding institution accredited by the Middle States Association of Colleges and Schools, allowing young people from the community—often poor and lacking quality public school options—an opportunity-enriched environment where it is not only possible to dream of a better life, but to see it manifest in a rock-solid educational achievement that will inspire others to do well too. “If I have been able to achieve so much in a two- year span, how much more will my brothers be able to achieve by having longer exposure to Esperanza?” said Esperanza Academy senior and president of the school’s National Honor Society Chapter, Rafael Rodriguez-Charris.

While the examples detailed here of pre-school programming in Frankford, elementary through high school programming in South Philadelphia, adult learning in Kensington and West Philadelphia, and elementary through college learning in North Philadelphia are samplings of the best the CDC field is engaged in through education-centered community development, they are by no means the only examples of exemplary work locally. There are nearly a dozen other examples that range from Project HOME’s world class technology and education efforts through their Honickman Learning Center and Comcast Technology Lab or Southwest CDC’s afterschool programming serving hundreds of youth to Tioga United’s small but mighty summer youth enrichment project. These programs and others like them represent a growing new wave for the field that is grounded in need, and is flourishing in results.

Pamela Bridgeforth is director of programs for the Philadelphia Association of Community Development Corporations.