Details
The editors of the Notebook

Only 40 percent of District 3rd graders score proficient or better in reading.

In 2014, only two in five District 3rd graders met state standards for reading proficiency, based on the PSSA. Statewide, 70 percent of students score proficient.

Citywide data for charter schools were not available. 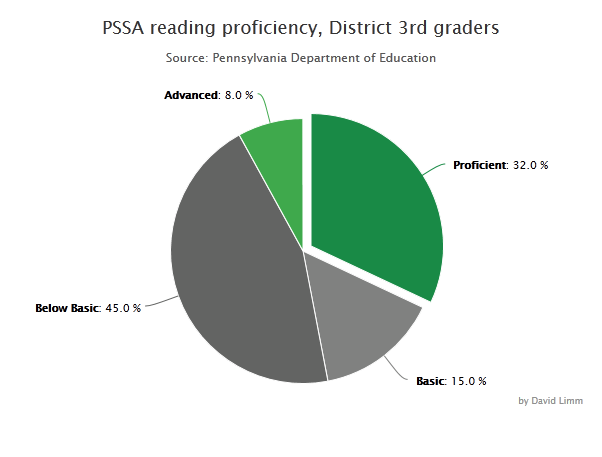 In 2014, Black and Latino students showed a 29-point gap in reading proficiency rates compared to White and Asian students. Citywide data for charter schools were not available. 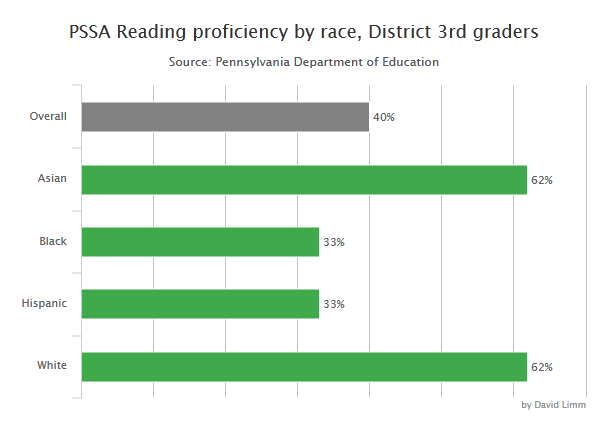 ... and other gaps among subgroups

There is a 10-point gap in reading proficiency between boys and girls. Fewer than one in 10 special education 3rd graders were proficient in reading. 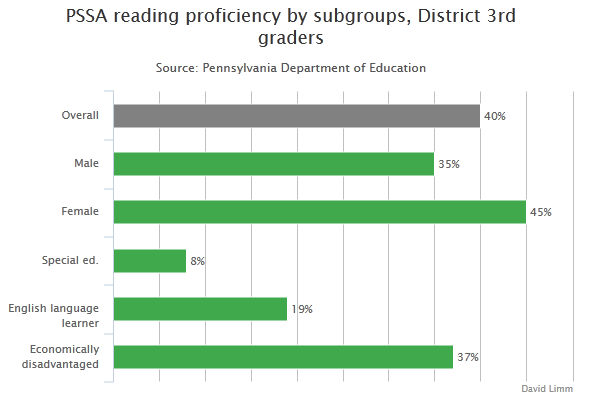 Philadelphia beats out just four other big cities in its score on the most recent national NAEP test. 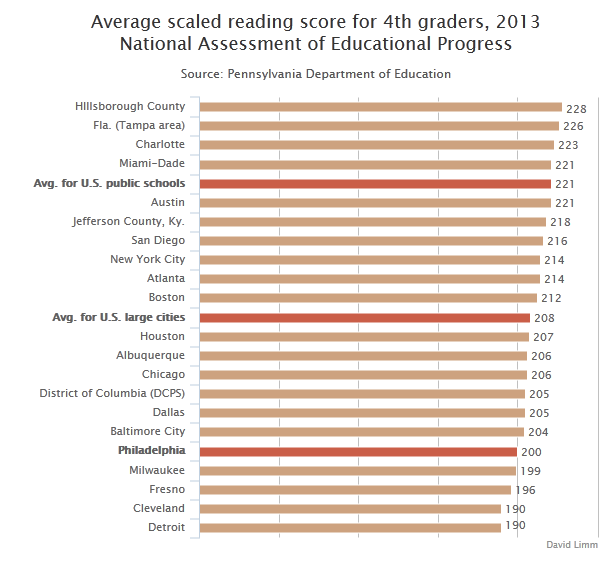 Most schools have a red flag for chronic absenteeism

According to the organization Attendance Works, schools with average daily attendance below 93 percent usually have a problem with chronic absenteeism. 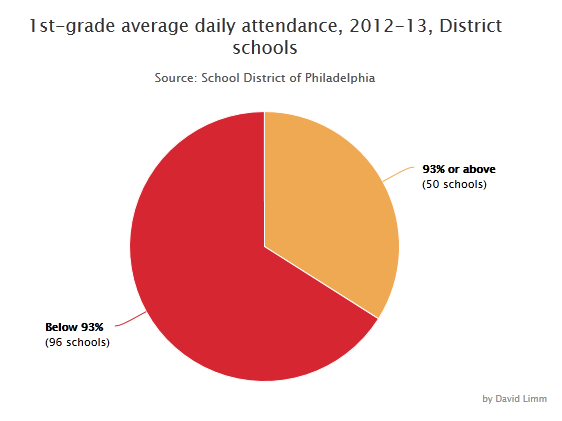 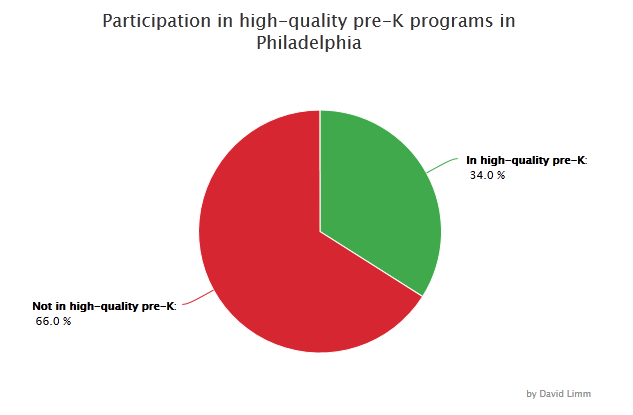 Students who attended formal programs or centers for pre-K show better literacy skills overall than those who had informal child care (such as home-based care) or no extra care. The DIBELS are a set of literacy assessments used by the District. 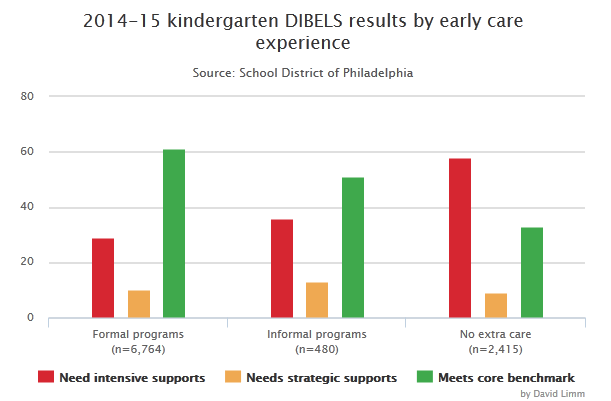