For many years, the Independence Foundation has supported the arts in Philadelphia across multiple disciplines, and has learned and benefited from the experience and the relationships cultivated. The Foundation has provided general operating, project and capital grants to a wide variety of arts groups. Looking towards the future for a thriving cultural community, the Foundation believes that, in addition to operating support, sustained investments in specific artistic endeavors have a significant impact. With this perspective, the Independence Foundation has concentrated on making strategic investments in area theatre groups.

Philadelphia has become well-known as a hotbed for innovation in theatrical performance. The Independence Foundation has long supported new play production at select area theatres. One of these, the Arden Theatre Company, and its Independence Foundation New Play Showcase, was featured in a November 10, 2008 New York Times article entitled “In Philadelphia, Grants Give Voice to Theater” (Klein 2008). Terrence J. Nolen, the Arden’s Producing Artistic Director, noted that the Showcase not only helped generate a developmental pipeline for original plays, but also infused “a community around the creation of new work.” The Showcase came about when the Arden approached the Independence Foundation in 1999 for more operational support and the Foundation’s President & CEO, Susan Sherman, instead challenged them with, “Let’s talk about what you really want to do; what are you dreaming?” This question later became the impetus for the Foundation to delve further into what would be possible with a formalized program dedicated completely to developing new works for theatre.

In the spring of 2009, the Independence Foundation began to explore what was being done around this topic throughout the country as well as here in Philadelphia. To determine how a potential program could complement rather than compete with established programs, ideas were discussed with other funders, like Gregory T. Rowe, Director of Cultural Initiatives at the Pew Charitable Trusts, and Fran Kumin, Director of Pew’s Philadelphia Theatre Initiative (PTI). PTI provides substantive support to both theatres and individual theatre artists for projects that “represent a stretch for the creators or presenters in scale, subject matter, and/or artistic practice.”

While the Philadelphia theatre scene shares similarities with other cities, there are also aspects unique to this region, especially around physical, multi-disciplinary and devised performance work. The Foundation understood that any program instituted would need to address these and not simply be for text-based, scripted plays. Therefore, the best course of action was to go to the source, or sources. A broad group of local artistic directors and presenters from both large and small theatre companies and organizations was convened around the question, “If Independence Foundation were to create a program to fund new works for theatre, what would you like to see it include?”

Much was learned from this spirited and informative discussion. Granting programs that simply underwrite new shows frequently place a considerable burden on theatres to produce a work before it is “ready.” Groups, especially small ones without their own theatre space, are pressured to use their limited resources on production, often shortchanging research, development, workshops, rehearsal time, etc. Sometimes, the exploration of a new work is more beneficial to an organization than getting to the completed production. Most importantly, the Foundation discovered that: 1) each group approaches making new work differently; and 2) consequently, there can be no “one size fits all” framework.

To help structure a program that would be advantageous to its participants, the Foundation looked to one of its own established initiatives, the Fellowships in the Arts for individual artists. The core reasoning is that fellowships designed by artists themselves will have the most significant impact.

In 2010, the Foundation, responding to the input from the local theatre leaders, implemented a multi-year grant program that would react to and encompass the wide-ranging techniques for the creation of new work.

The Independence Foundation New Theatre Works Initiative (NTWI) is designed to encourage the development and production of new theatrical performance work in the Philadelphia region. Rather than limit its scope to a single form, genre or developmental structure, these grants accommodate the numerous creative styles and unique perspectives of theatre groups by allowing them to design their own processes for developing new work, whether it is engaging in interdisciplinary presentations, solo pieces, or various methods of play-making.

The NTWI provides two 3-year grants each year to regional nonprofit theatre companies in Philadelphia, Bucks, Chester, Delaware or Montgomery Counties to support the creation of new artistic theatre performances.  Selected organizations with a strong and consistent track record of producing new work are invited, based on annual budget size, to submit proposals. One grant per year is awarded at each of these funding levels:

Applications to the NTWI are evaluated on three criteria:

All applications are reviewed by an Advisory Committee of distinguished professionals with vast knowledge of the Philadelphia theatre community. Final funding decisions are made by the Board of Directors of the Independence Foundation.

Since its inception, the NTWI has provided $900,000 to eight local theatre groups for distinctive projects including:

One grant demonstrates a marriage of sorts between the NTWI and the Fellowships in the Arts. Philadelphia Live Arts Festival & Philly Fringe used their NTWI grant to deepen their commitment to the artists they serve through their own Fellowship Program in the Live Arts Brewery (the LAB), a laboratory for research and development. The LAB offers artists comprehensive assistance and structured guidance as they research, develop, create and test original performance works. The NTWI grant allows for two production residencies each year for select LAB Fellows to move their work from the studio to in front of audiences, with full technical support, including lights, sound and sets. The first year’s recipients, Geoff Sobelle and Thaddeus Phillips, were former Independence Foundation Fellows who took the projects initially explored through the Foundation’s fellowships into further development through ten months in the LAB, to audience test shows through the LAB Production Residencies, to fully-produced, highly successful two-week runs at the 2011 Live Arts Festival with Elephant Room and Whale Optics, respectively. Elephant Room has had a life outside of Philadelphia, playing in 2012 at Arena Stage in Washington, D.C., St. Ann’s Warehouse in New York and the Kirk Douglas Theatre in San Diego. The ability to provide these residencies has allowed the Live Arts Festival & Philly Fringe to build a conduit for new shows and give artists the opportunity for creative exploration. “We want our homegrown talent to get access to proper resources and development,” says Live Arts Founder and Producing Director, Nick Stuccio. “By getting live performance in front of an audience at an early stage, artists gain the opportunity to see what’s working and what’s not—but not necessarily how it relates to production. We are more interested in finding out whether the basic experimentation that has been going on in the studio translates to an audience.” 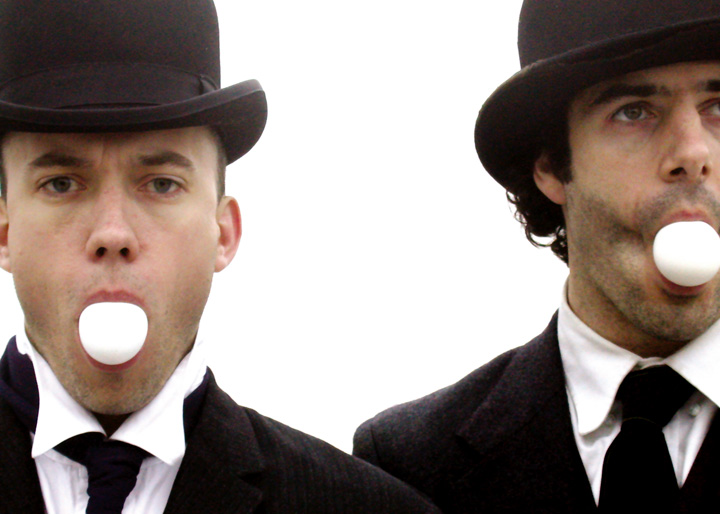 For the Independence Foundation, the excitement of the NTWI lies in the diversity of the projects and the limitless possibilities for results. For the organizations, the NTWI grants, being separate from the general operating support the Foundation continues to provide, allow them the freedom to experiment with no predetermined expectations of the outcomes.