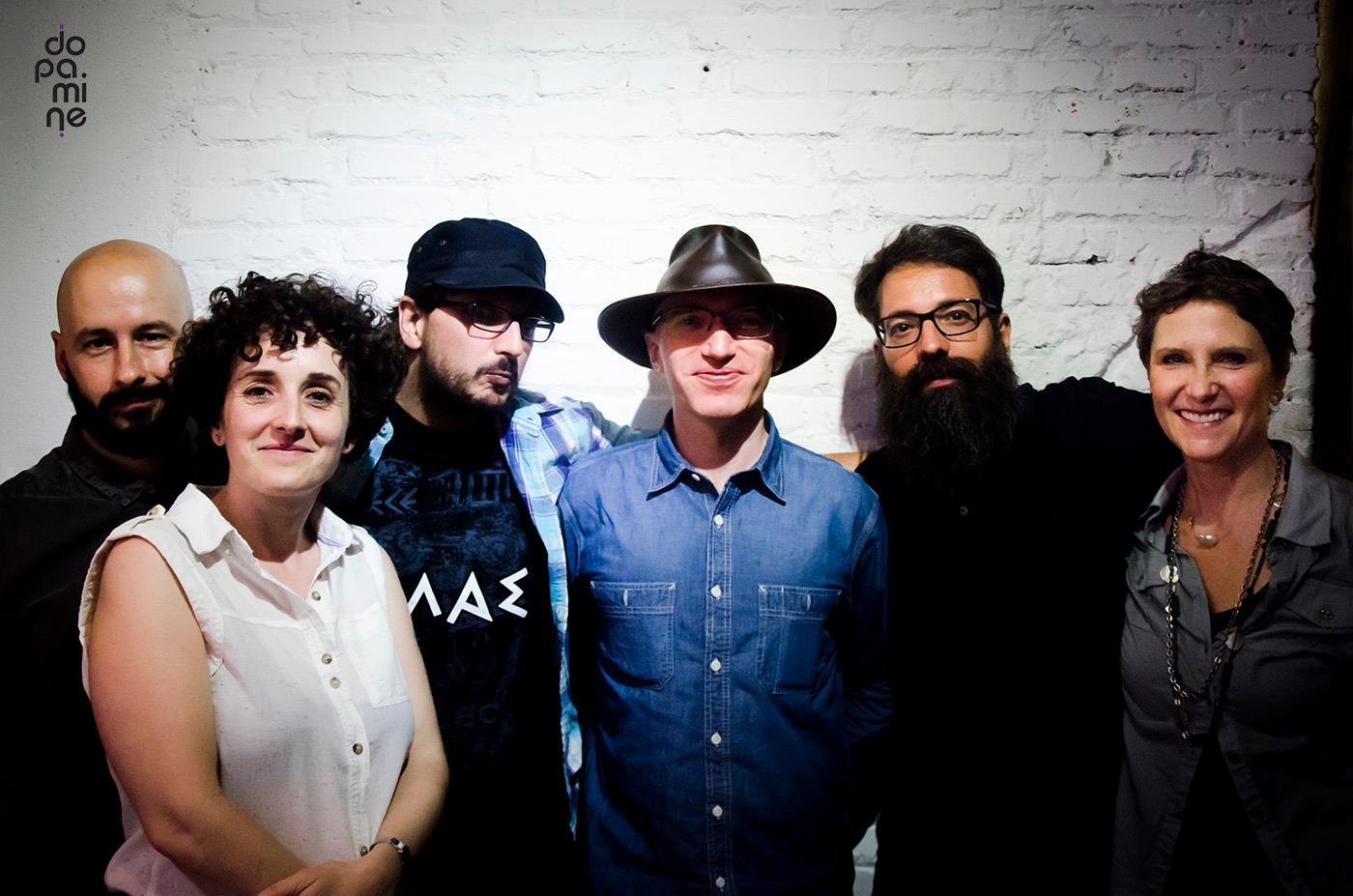 I visited Japan and Spain last year to study the impact of economic and political shifts on cultural activity in both countries. In the face of precipitous funding declines, seismic demographic transformations, and changing political priorities, both Spanish and Japanese cultural organizations have developed impressive strategies to increase arts participation and foster cultural activity across many genres and locations. These progressive strides in cultural development can serve as an inspiration to arts leaders throughout the world.

The challenges faced by cultural entities in Spain and Japan are daunting. Recent political and economic pressures have sharply reduced government arts funding, the revenue stream on which most Japanese and Spanish cultural organizations depend. At the same time, many arts entities in both countries are expected to provide services for free, and are forbidden from raising funds independently or using surplus funds to hire additional staff (due to anti-corruption laws).

Charitable giving by private citizens is not rewarded with tax incentives in either country (unlike in the United States, where tax breaks boost individual philanthropy). Additionally, cultural leaders in both Spain and Japan are heavily influenced by political forces. A state-sponsored project in either country can lose its government mandate when a new national or regional administration takes office, as has happened several times with Madrid’s popular Matadero arts complex.

Spain is also wrestling with a lack of youth employment opportunities. Japan, on the other hand, is challenged by a lack of youth: low birth rates and an aging population have slowed the country’s economic growth. Bustling crowds of young professionals fill Tokyo’s sidewalks, trains and bars -- but few of those young professionals are coupled, and even fewer are accompanied by children.

Yet in the face of many obstacles, cultural organizations in Spain and Japan have found innovative ways to leverage arts activities for community benefit. While many new cultural initiatives struggle, highly-resourced arts centers that were built by Spanish government entities during flush times provide co-working space, educational workshops, exhibits, performances, lessons in urban agriculture, and other progressive programs. Multifaceted facilities like Tabakalera in San Sebastian, La Termica in Málaga, Hangar and Fabra i Coats in Barcelona, and Azkuna Zentroa in Bilbao, embody a cultural imperative: to project regional identity through arts activity. State-sponsored arts factories, community centers, libraries, and other institutions in these Spanish cities offer unparalleled resources for the growth of local creative activity. 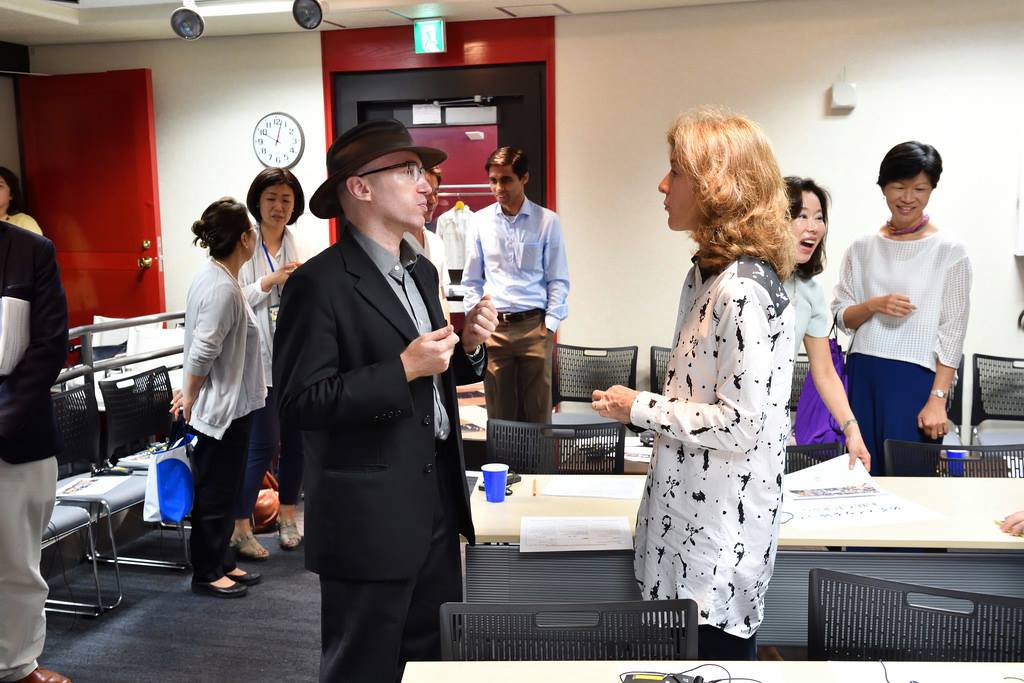 Ambassador Caroline Kennedy (2013-2017) with author Daniel Gallant at a U.S. Embassy event in Tokyo
Photo Credit: The Embassy of the United States in Tokyo

The forward-thinking, Madrid-based cultural centers CA2M and Casa Encendida were established in arts-starved neighborhoods. Despite fiscal challenges, these venues have made noble strides toward meeting the needs of youth from under-resourced communities while avoiding gentrification. CA2M is also one of the few state-funded entities I visited that has found ways to tap private sources -- its staff has raised modest funds through a campaign that aligns arts philanthropy with support for environmental organizations and refugee aid, causes which many millennial Spaniards embrace.

Meanwhile, reports from cultural organizations SGAE and Fundación Contemporánea show that theater activity in Spain has rebounded from the recession more quickly than have other art forms. That resilience may in part be due to the popularity of Micro Theater, a community-friendly genre that has also taken root in Miami, a scouting hotbed for South American telenovela production companies. Micro Theater programs have low overhead, take place in small venues, allow artists to work on a reliable schedule, and appeal to customers who can’t afford pricey tickets.

Visual arts venues in homes, bars, and other nontraditional spaces are also catching on with Spain’s arts audiences: a refreshing example is Málaga’s Casa Sostoa. This dynamic micro-gallery for new work exists in the apartment of its curator. The idea of hosting professional arts activities in small, informal, and sometimes even domestic settings is new for a country that boasts giant theaters and ancient performance spaces. But the trend is gaining momentum, thanks to the modest financing and appealing social dynamics involved.

Despite such notable highlights from the cultural landscapes of Spain and Japan, arts leaders in both countries express a need for increased arts entrepreneurship. In Spain, the dearth of entrepreneurial arts activity seems tied to both financial challenges and the lingering effects of cultural repression. Art and creative expression were suppressed during Franco’s autocratic regime, and a spirit of cultural entrepreneurship has been slow to emerge from the aftermath of that era. A younger generation of Spanish arts enthusiasts is creating some cultural traditions from scratch, and drawing inspiration from other countries, as demonstrated by Bilbao’s Bulegoa, Sevilla’s Zemos98, and Madrid’s Poetry Slam and Festival Poetas organizations. But economic stagnation, coupled with the stifling residue of autocracy, has limited the momentum of macroscopic arts policy.

Japan has never endured the sort of cultural repression that Franco visited on Spain, but some Japanese arts entities struggle to reconcile creativity with a culture of conformity, and to overcome a perceived lack of incentive to innovate. As playwright and professor Oriza Hirata explained to me, Japan has a shortage of locally-trained arts leaders, and lacks a widespread tradition of cultural management by individual artistic directors. Many Japanese arts entities are run by committees of stakeholders, rather than by visionary individual leaders (as is more common in Western countries). Nonetheless, some forward-thinking entities like Arts Council Tokyo have begun to train more arts managers, with an eye toward expanding cultural activities that draw younger citizens to smaller cities. Despite funding cuts to many cultural programs, there is renewed government interest in the diplomatic and public relations benefits of promoting Japanese arts activity abroad. The approach of the 2020 Tokyo Olympics has also increased government investment in some Tokyo-focused cultural programming.

The United States and other countries would do well to embrace a concept that seems widespread in both Spain and Japan: art is a public good. The public interest is best served when government enables cultural participation, artistic innovation, and the development of creative skills.

Daniel Gallant is the Executive Director of the Nuyorican Poets Cafe, the author of the short story collection Determined to Prove, and a 2016 Eisenhower Fellowship recipient. He is also a poet, playwright, theatrical producer, actor, and teacher. His writing has appeared in eight anthologies from Vintage Books, Applause / Hal Leonard and Theater Communications Group. Daniel previously served as the Director of Theater and Talk Programming at the 92nd Street Y’s Makor and Tribeca centers. As an Eisenhower Fellow, he has explored how cultural organizations in Spain and Japan use innovative program and funding models to expand arts engagement. Daniel also advises cultural organizations in the United States about how to use game theory and social media to broaden their impact, and he oversees Arts Japan 2020, an online initiative that celebrates Japan-related cultural programs in the United States. Daniel has been featured in the New York Times, the Wall Street Journal, Crain’s New York, the Daily News, New York Magazine, the Los Angeles Times and Voice of America; and on MTV, NBC, CNN, NY1, CBS, NPR, Univision, the BBC, and other networks. According to the Wall Street Journal, "Mr. Gallant has exploited expanding social-media tools to grow the cafe from a small, volunteer-led venue best known for weekly poetry events to a thriving arts center with partnerships across the city."