In the era of information and technology, there is irrefutable evidence of the economic importance that supposes the impulse of innovation and its relationship with economic growth and the productivity of a country. According to the Organization for Economic Cooperation and Development (OCDE), “it is estimated that from the majority of developed countries, more than 50 percent of their GDP is generated off of investments in high-tech products and services, fundamentally in information technologies and communications” (OCDE, 2001). Also, the U.S. Department of Labor has estimated that innovation has produced approximately half of the economic growth that occurred over the last 50 years (Wilson, 2014). On the other hand, in the Latin American region “labor productivity of innovative businesses is, on average, 50 percent higher than those that do not innovate” (IDB, 2016), a statistic that allows us to elucidate the relationship between innovation and productivity. Adding to that, today, a person’s knowledge, creativity, and talent are essentially important to push economic and social growth to a better place, and as such, we need adaptable, digitally-enabled citizens that are able to think in a critical and transformative way. Talent and creativity are, and will be in the coming years, one of the main resources that will give a business a competitive edge over all others. That said, it’s not surprising when governments of the most developed countries in terms of technology, innovation, and all-around wellbeing, have innovation at the top of their agendas, as a priority for research and investments.

Regardless of what innovation and related topics represent for our economy, the state of Jalisco has a very limited innovation culture to offer in our high-impact entrepreneurial ecosystem, and it is one of the many factors that allows for low competitivity of small and medium-sized enterprises (SMEs). The absentee culture of innovation within said enterprises is a determining circumstance for 80 percent of small and medium-sized businesses, and how they easily close only three years after their inception (IPN, 2009). The Global Monitor for Entrepreneurship (GEM) points out that the closing rate of businesses that root for innovative processes is much lower than that of other economies, which allows us to understand why is it so important to keep boosting innovation-related topics from every sector.

The Origins of Epicentro

Before such circumstances, and with the objective of promoting and strengthening our innovation culture and our high-impact entrepreneurial ecosystem, Epicentro, Innovation Festival was born, led by Carmina Haro from the general coordination of the Ministry of Innovation, Science, and Technology of the State of Jalisco. The main reason the festival was developed was to drive innovation and technology to other spaces, to generate better and higher digital skills among the participants of the festival, and to carry this knowledge forward for the benefit of more people, in an effort called “democratization of innovation.” For the members of the newly created Ministry of Innovation, Science, and Technology (SICyT, 2013), it was fundamental to be able to share and disseminate these new topics as part of an innovation of culture strategy. A new governmental structure was created at the executive level, the innovation ecosystem was flourishing positively throughout Jalisco, and the different groups, collectives, and organizations surrounding innovation, entrepreneurship, and technology also began growing exponentially.

This became reason enough for events to begin emerging left and right, while they were relevant, they were also segmented, expensive, and beyond the scope of a regular citizen who was not in touch with the entrepreneurial ecosystem. And thus, a need was discovered. An integration space was required, so that all of these events, efforts, and ideas to transform the environment could become a catalyst, articulating the different actors of the ecosystem, and the sharing of new cutting-edge knowledge regarding both, innovation and technology. In turn, this became the prime setting, in 2013, to decide, amongst members of the ministry, to create an event that adhered to and held the same international quality of standards as the innovation festival, but with some particular twists:

It’s a Work in Progress

Epicentro was born as a dream that came to life, and four editions later, it has consolidated into one of the biggest and most important innovation festivals in Mexico.

Since its inception, the festival was designed to inspire the innovative spirit, improve the perceptions around innovation, raise awareness and outreach among citizens, and bring innovation closer to everyone. The festival offers, for five days, a program replete of high-level talk with practical, interactive workshops, where the most disruptive minds and products are present, ready to promote the growth and impact of businesses and projects in the region.

The framework of the festival is a creative and inspirational environment, where fun, hybrid, triggering, and high-impact content is offered for all participants. 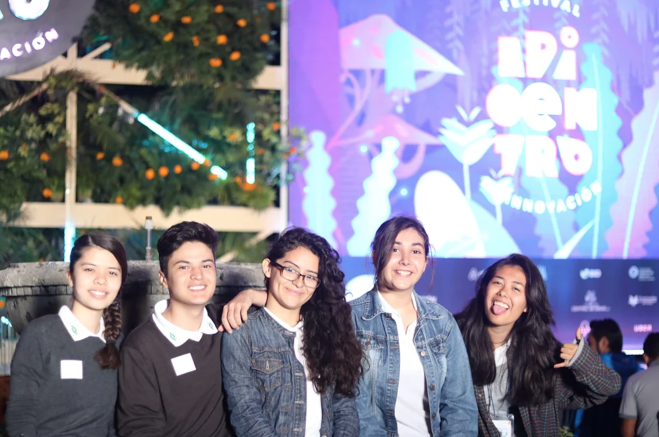 Epicentro is truly a unique festival because it connects topics of interest, not only at a local level, but globally, through high-profile entrepreneurs and innovators, and by culminating every edition with a musically-charged display of international artists. As the festival is free and open to any and all audiences, it takes place in public spaces, usually with a historical and cultural importance for the Metropolitan Area of Guadalajara (AMG). The aim is that our participants, by the time they leave, can recognize themselves as creative innovators, feel empowered, and are inspired to turn their ideas into a solid project. 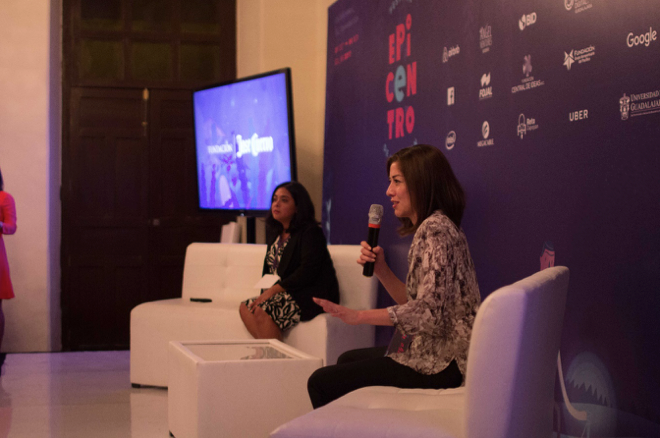 The festival is financed through public resources and partner sponsorships, but above all, it is done via the allies and connections that have been established through the actors in the ecosystem: enterprises, entrepreneurs, startups, academia, organizations, and the public, all of whom ultimately, pool together to develop a grand event with a tight budget. The fact that the festival is entrance fee-free gives us a big reach and is an incentive people who regularly cannot access such events. However, it also represents our biggest obstacle, given that making the festival sustainable while at the same time offering quality content is always a challenge -- a work in progress.

Although the festival consolidates a step further after every edition, its future goal is to become a referential experience in the country, via a replicable model that can be measured, evaluated, and scaled. Thereby, encouraging and solidifying the innovation and entrepreneurial culture, thanks to its presence in different Mexican cities and other parts of the world. The festival seeks to transform itself into the largest seedbed of innovators, entrepreneurs, and talent developers in the areas of science, technology, and innovation of the country, as well as an obligated meeting-point to lay down ideas, establish allies, and make the most out of the most creative and disruptive environments.

The festival, of course, has followed a path of transformation and adaptability, particularly molding itself to the needs of its local environment. A great piece of learning that has led the festival year after year is the fact that Epicentro is a catalyzing event that offers an appropriate space so its participants can strengthen competencies, articulate efforts, and improve their understanding. As such, it is very important to recognize that any initiative has to be linked to other efforts and actors in order for it to bloom and mature successfully, and that this is a process that goes beyond a five-day festival.

And finally, it is very important to acknowledge that not every idea will end up being a successful entrepreneurship, nor does the festival seek to endorse this way of thinking. What we do seek is driven and disruptive creators, innovators, and entrepreneurs willing to use and understand innovation and what its many tools offer to them --  to improve their ideas, projects, and organizations.

To capture the festival’s reach in a quantifiable way, in the past four editions, the festival has successfully generated the following: 81,910 guests; 473 speakers, mentors, and anchors; 480 projects have insofar received mentorship and follow-ups; 372 activities such as conferences, discussion panels for students and entrepreneurs have been formed; 62 workshops for kids; 38 international artists participating in massive closing concerts; 32 public spaces have been rescued and reactivated; three challenges for students initiated; three open-calls for idea development; two open-calls for social impact startups; and two open-calls for mobile apps. According to these results, it can be affirmed that the Epicentro Innovation Festival has positioned itself as a reference point within the entrepreneurial ecosystem in Mexico, becoming a very prolific space to detonate high-impact entrepreneurship, and strengthening economic growth and in turn, the wellbeing of society.

Rosa Carmina Haro Ramírez, born in the city of Guadalajara, Jalisco, currently serves as general coordinator of the Ministry of Innovation, Science, and Technology (SIC&T). She has always had a passion for creating things that do not yet exist, which became her life mission and the catalyst that materialized into the project Epicentro four years ago. Rosa heads a civil association, Movimiento Propuesta Ciudadana (Movement Citizen Proposal), that was born in 2008, with the aim of defending a hydrological basin in the Colomos Forest, sections I, II and III, from real estate interests that have deteriorated the area, which represents an important water table since the 1960’s. To this day, her commitment to social issues is something in her DNA and implicit in every action and step she takes in her personal and professional life. Social development is something that drives her from whichever trench she’s in, from her current work in public administration to her former work in the private sector. Rosa is always engaged in public issues and is an active participant in building a better future for her community.