Too often the successful people in America are caught in a never-ending rat race where no matter how much they acquire, they are no happier. We can shift them, and consequentially a large segment of the population, if they realize they can be happier if they start to connect to humanity rather than making comparisons to others. Through self-compassion and loving kindness meditation humanity will start to connect rather than compare as is the current case through our damaged lens of self-esteem. By taking a unique approach to transforming our society by addressing the needs of the successful rather than the unsuccessful, we can impact larger numbers more quickly. 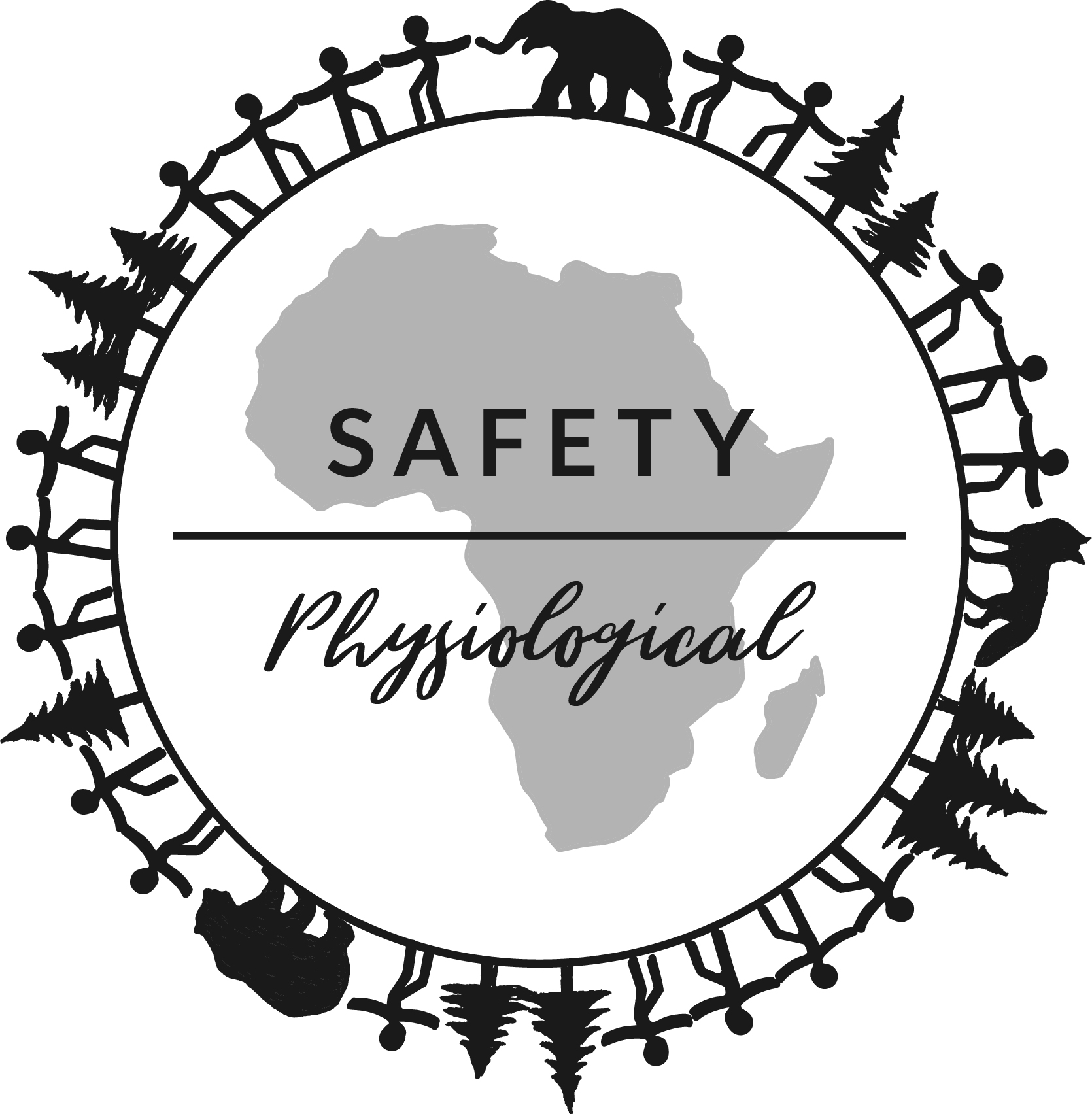 How is it that the standard of living has increased dramatically over the last 50 years and yet people have become less happy? This simple fact begins to tell the story of a deeply rooted problem in American society. Many of us never feel like we have “enough” or are enough, including those with the most stuff and/or most prestigious titles in our culture, those I dub “successful” in this article. Instead of buying our way to happiness, which seems to be a given in American society, the solution lies in a different and healthier relationship with ourselves.

One of the central fear mindsets drilled into American culture that afflicts all levels of society is that we selfishly “need” stuff and experiences because we do not have enough or we are not enough. I am not advocating we ignore the common parable in our society of grabbing the oxygen mask for ourselves before attempting to help others. Rather, I am saying that in addition to the oxygen mask (necessities of life), we continue to insatiably grab for more and more a la the hedonistic treadmill, despite the fact that we do not “need” more and more. After all of this time is sucked up on ourselves, many of us have precious little time for others in our lives, except maybe family and/or a few close friends. Many would retort, what is wrong with that way of living? Aren’t we all selfish anyway?

Those answers will unravel as we start to unpack what the oxygen mask of life is (what is enough) by analyzing Maslow’s hierarchy of needs. The two base levels of his pyramid are physiological (breathing, water, food, sleep, clothing, and shelter) and safety needs (personal security, financial security, health, and wellbeing). This article will assume that most “successful” people in America have these things and that fear of losing them is negligible. Starting from this assumption, an individual can then shift their primary focus to the highest level of the pyramid that is self-actualization. Maslow defines self-actualization as the giving of oneself to some higher outside goal, in altruism and spirituality.1

Maslow’s theories are also corroborated by more objective data. According to a 2010 Princeton study by Nobel Prize winning psychologist Daniel Kahneman and economist Angus Deaton, "no matter how much more than $75,000 people make, they don't report any greater degree of happiness.”2 When I talk about “successful” families/people, I am referring to those clearly above this line, regardless of their standard of living metrics. Unfortunately, marketers convincingly sell us the idea that we will be happier if we have more stuff like a boat, a trip, clothing, or whatever it may be that appeals to each individual person/family.

Studies show though that the more we acquire the less compassion we have for others. You would think that most people that clearly have enough, would want to use their extra time and resources to care for others. But research by Berkley psychologists Paul Piff and Dacher Keltner suggest the inverse is what actually happens; as people ascend the success ladder, their compassionate feelings towards other people decline.3 Piff and his colleagues suspect that the greater the wealth, the more independence we have from others and the more self-focused we therefore become. The less often we rely on others, the less we may care about their feelings. Their studies also infer that the wealthy become addicted to greed.

Thankfully, there is a straight forward mental shift and practice that can be applied to everyday life that will heal all of these destructive patterns of behavior. It turns out that the fixation on external possessions is likely rooted in our focus on self-esteem as a way to evaluate ourselves. Research shows that self-esteem is causing us to continually compare ourselves to others activating feelings of separation and wanting more. This comparison also causes us to look down on others.

Self-compassion is a belief that helps cure the wanting of more while bringing us closer to others. For instance, when we have moments of struggle, instead of withdrawing from the world and thinking “woe is me” we get in the habit of realizing all humans suffer from similar frustration. This thought process connects us with others. Contrary to self-esteem, self-compassion uproots the instinct to compare material possessions or achievements or anything else to feel good about oneself. The most notable benefits of this compassion practice include extending compassion outwards to others, empathetic concern to them, decreasing biases towards others, increasing social connection, and Maslow’s self-actualization principle of altruism while meeting one of his base needs of wellbeing.4,5

Loving kindness meditation is the practice that implements self-compassion towards oneself as well as others. It is effective as a daily or weekly habit, but can also be utilized in the moment when one notices the unhealthy self-talk stemming from the self-esteem outlook such as beating oneself up after a mistake. For instance, when a person notices this mistake, they can quickly remember that others go through the same things and repeat phrases such as “this is a moment of suffering, suffering is a part of life, may I be kind to myself, may I give myself the compassion I need.” The practice has an outward application as well where you send the same compassion to others whether it be enemies, neutral people, or other loved ones in a person’s life.6

There are a couple of elements that distinguish this approach for changing society: (1) by serving the top of society rather than the bottom; and (2) that it reaches deeper than mere symptoms like most socially conscious organizations. Too often the same approach is made of focusing on attacking symptoms experienced by the unsuccessful such as homelessness. Why is there a lack of understanding that all in our society share in the blame for our issues? We must address the human behavior/beliefs/values at the root or the problems will keep sprouting up as fast as they can be fixed.

This approach to solving societal issues is preferable because it leverages the mainstream messengers in our society because the successful control much of the media, power, and politics. Most of those individuals operate/d in the capitalist/corporate sphere which is one of the primary vehicles addicting us to growth and more, more, more. This sphere also spearheads the self-interested, competitive approach to life that is at the core of self-esteem. Plus, the “successful” are who many aspire to be. Status, brand names, etc. are sold by the celebrities and successful in our culture. In the process of administering self-compassion training and education, the successfuls’ empathy for the deemed “unsuccessful” in society will rise, which will also start to transform society and themselves. Lastly, once more of the successful trust that these unsuccessful people are doing their best, our society will start to work together instead of pointing the finger.

Being at a beautiful intersection of capitalist growth and progressive thought, Seattle is in close proximity to the top two successful people in the world among many others. Seattle has a superfluous amount of the “successful,” in the capitalist sense, as it has risen to a comparable standard of living to cities like New York. As was pointed out at the beginning of this article, though the standard of living does not equate to a happier life.

The Dalai Lama or another Buddhist contributor are good candidates to fund this idea along with many local organizations such as Social Venture Partners or the Gates Foundation. The Dalai Lama has already contributed his largest ever donations to this field through Stanford’s The Center for Compassion and Altruism Research and Education (Stanford CCare) and the University of Wisconsin Center for Healthy Minds so that western science could corroborate the benefits of Buddhist beliefs such as compassion.

A two-pronged approach would have the greatest impact of spreading compassion. First, shifting the education and understanding around the “self” in our culture away from the belief that we are self-esteem driven beings when we have enough. Second, action-oriented loving kindness meditation and self-compassion courses will enable people to put these views into daily practice. It could be mandatory curriculum in all businesses and schools that is covered by health insurance. Stanford’s CCare has developed a proven compassion course that is currently offered multiple times a year in Seattle (eight-week sessions, two hours a week). The training to become a teacher also only requires two weekend long retreats so we can get many teachers up and running quickly. Loving kindness meditation has been shown to only require 20 or 30 minutes a week to start to have dramatic results.

I am a white male who was raised in the upper middleclass white suburbs outside of Seattle. I largely attribute my grandmother’s and Catholic background with laying the foundation for my love and spirituality that is now blossoming during the last year and a half. Even though I am a white male, I relate most with minorities and disadvantaged individuals in American culture because of my perceptions of being a runt in my family of four siblings and significant bullying episodes. Thankfully, countless loving people, namely my wife, and loving moments, unearthed a realization in me that I am here in this universe to try and give more than I take. I am dedicating my life to trying to shift American culture to believing we are more selfless than selfish when we have our base needs met.