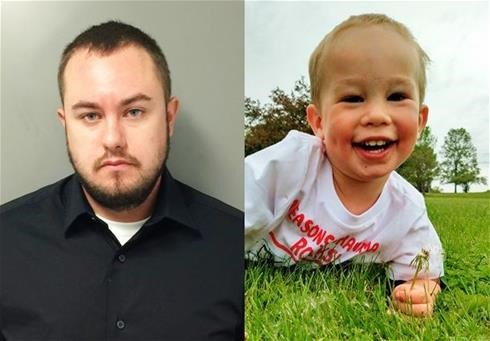 During an emotional April 27, 2017 news conference hushed by a father’s words of warning and grief over his two-year-old son’s unintentional gunshot death, Bucks County officials launched a campaign to put free safety locks and educational materials into the hands of all county firearms owners.

Weintraub said the effort has been named “Ben’s Campaign -- Lock It Up,” in honor of Benjamin Smith, the Upper Bucks toddler who died last fall while playing with his father’s loaded, unsecured handgun in their Milford Township home.

The gun discharged, and Benjamin died of a gunshot wound to the chest as his father desperately tried to revive him.

“This tragedy is all the worse because it was one hundred percent preventable. For the want of a $1.50 gun lock, little Benjamin Smith would be alive today,” Weintraub said. “The goal here is to protect children from unsafely stored guns, so that Benjamin’s death will not have been in vain.”

The cable-style gun locks are being provided free of charge to the county by Project ChildSafe, a national firearms safety education program. Since 1999, Project ChildSafe has partnered with more than 15,000 law-enforcement agencies to distribute over 37 million safety kits to gun owners throughout the United States and its territories. In addition, the Bucks County District Attorney Office received a donation to purchase gun locks from the Norman Raab Foundation, and the office also is partnering with SERVPRO, a national franchise that has pledged to purchase thousands of additional gun locks in-kind for the county.

The locks will be available to all gun owners seeking permits at the Bucks County Sheriff’s Office, as well as at municipal police stations. In addition, Bucks County Children and Youth Protective Services workers will carry the safety kits with them to distribute in homes where there are unsecured guns.

With each gun lock comes a laminated bookmark with gun-safety educational material for adults and children, as well as contact information for gun-safety organizations.

At least 617 children have unintentionally shot themselves or someone else with an unsecured firearm since January 2015. At least 238 people have died as a result of those shootings, which occur nationally about five times per week, Weintraub said.

At least 72 unintentional shootings since January 2016 have been by toddlers who, like Benjamin Smith, were no older than age three. One-third of those toddlers shot themselves to death, at least 27 injured themselves, and the rest either killed or injured another child or adult.

Ben’s Campaign is sponsored by the Bucks County District Attorney’s Office, Sheriff’s Department, Division of Human Services, Health Department, and Children and Youth Social Services Agency; as well as the Bucks County Health Improvement Partnership, the Network of Victim Assistance (NOVA), the Bucks County Child Advocacy Center, and police departments throughout the county. District Attorney Weintraub specifically appreciates the work of NOVA for bringing the project to reality stating, “We would never have gotten the project off the ground without their energy, creativity and hard work.

This effort highlights the collaboration of public and private agencies that can happen when the need for a program that supports the common good is identified.

Corporal Dan Boyle, a firearms instructor with the Sheriff’s Department, and County Detective Eric Landamia demonstrated the safe use of the gun locks on both long guns and handguns during the news conference.

“On the morning of Sept. 12, 2016,” he began, “I lost my son to his curiosity and my neglect. I watched my little boy’s life leave his body while I frantically tried to bring him back.”

Wyllie and Benjamin had been watching television at home that morning when the child announced that he was going upstairs to his room to watch Winnie the Pooh. Minutes later, Wyllie heard a loud bang.

Benjamin, who was fascinated by guns, had found his father’s unlocked semiautomatic handgun in Wyllie’s bedroom and shot himself in the chest with it. The panicked father gathered his son, bleeding and still conscious, carried him downstairs, and unsuccessfully administered CPR while calling 911.

Wyllie, 27, pleaded guilty April 3 to involuntary manslaughter and other charges, acknowledging his criminal negligence in Benjamin’s death. He was sentenced to serve a maximum county prison sentence of between one day less than one year to one day less than two years.

“That sentence,” said Weintraub, who prosecuted Wyllie’s case, “is nothing compared to the sentence that he will live and serve for the rest of his life. For he has sentenced himself to a life sentence of thinking and wondering and wishing and hoping and praying for his son’s life.”

Before being sentenced, Wyllie became involved with a gun-lock distribution program in Philadelphia. Today he was transported from prison to the news conference, under sheriffs’ guard, after offering to speak.

A former Army infantryman, Wyllie said that he has been around firearms most of his life, that he became proficient in using them, and that he believed, like many gun owners, “that this will never happen” to him.

Today, he said, “I’m an expert on a subject I wouldn’t want my worst enemies to have experience in. Get the thought of ‘it will never happen to me’ out of your head, because it could. And if you think you’re safe enough in your practices, please just take that extra step to make it fool-proof because accidents happen.”

Wyllie said the effect of Benjamin’s death has been “mentally, physically, and spiritually crippling” for him and the rest of the child’s loved ones.

“I prayed for God to take me instead of my boy, but I am still here and he is not,” Wyllie said.

“So, I have taken on the responsibility to use myself and my story as an example…,” he concluded. “If I can help prevent the accidental death of even one child with my story, then I did my job.”