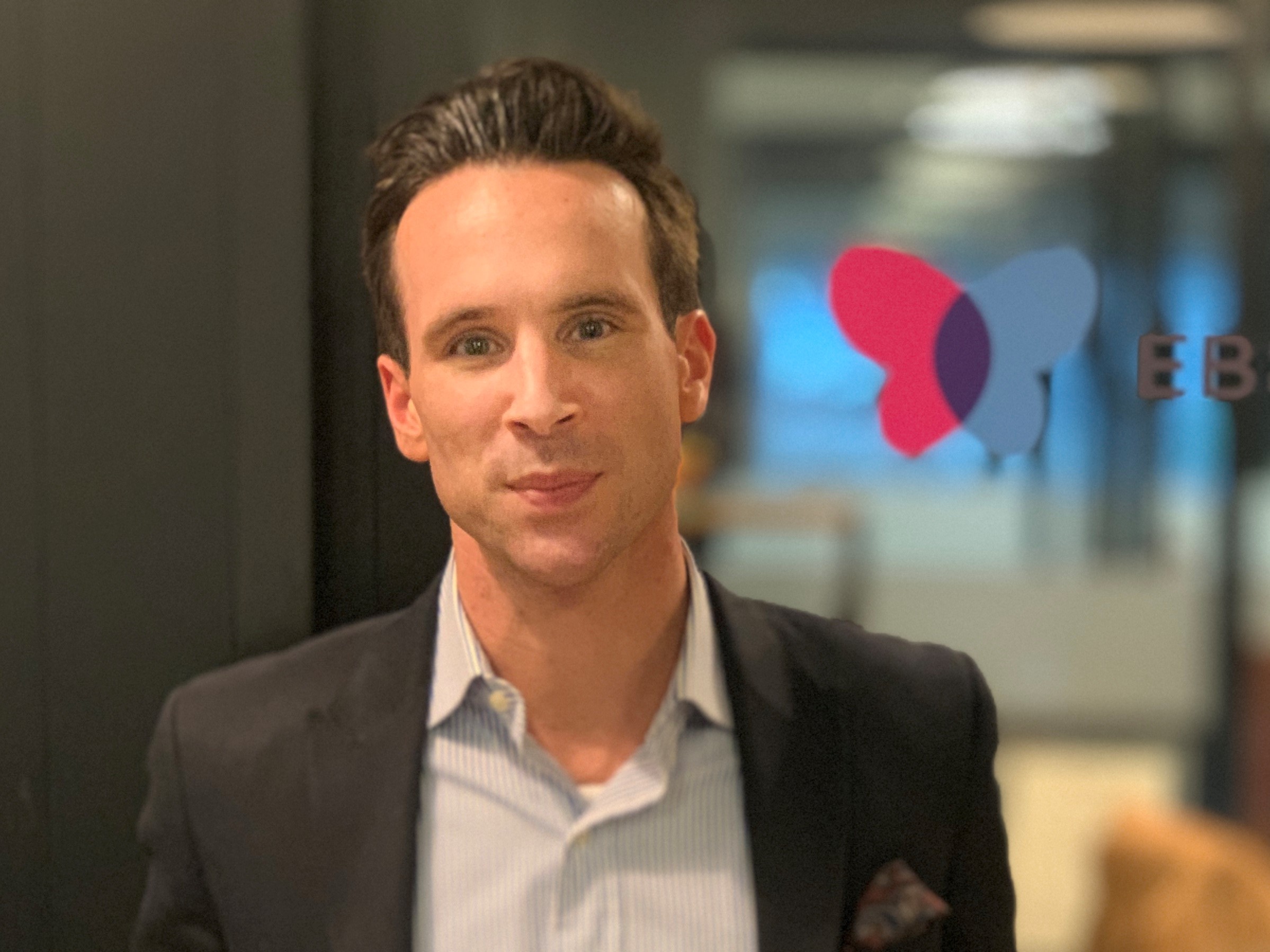 In Luke: 12:48, the Bible states, “To whom much is given, much is expected” (Holy Bible, 2010). These are words that Michael Hund, Chief Executive Officer of EB Research Partnership (EBRP), believes to be true. Anyone who has ever had the privilege of interacting with Michael is imbued with his charisma, intelligence, and genuinely kind-natured approach to leadership. Yet, his journey towards his current role at EBRP, an organization dedicated to funding research aimed at treating and ultimately curing Epidermolysis Bullossa (EB) -- a group of devastating and life-threatening skin disorders that affect children from birth -- has been culminated by a set of circumstances that led him to this point. In Leslie R. Crutchfield and Heather McCleod Grant’s book Forces for Good: The Six Practices of High-Impact Nonprofits (2012), we examine six characteristics that effective leaders are able to instill within their organization to create transcending change. Michael is fortunate enough to embody a majority of these traits and work at an organization that has a malleable culture.

As the grandson of an entrepreneur in the bottling industry, Michael’s grandfather met Paul Newman, Academy Award winning actor and philanthropist, and would always speak highly of Newman’s “The Hole in the Wall Gang Camp”. This camp was founded by Newman as a safe haven for children with different life-threatening illnesses and provides a different kind of healing for both campers and their caregivers. After many years at the camp, both in a program and development capacity, Michael transitioned to the Multiple Myeloma Research Foundation where he was able to understand a venture philanthropy model before attending the Yale School of Management to earn his MBA.

Michael feels strongly that nonprofits should play by the same rules as for-profit businesses and attributes much of his success to his business acumen. Without it, it is fair to assume that he would not be in his current role at EBRP which uses another kind venture philanthropy model by investing in companies and technologies that have potential curative therapies and treatments for EB. Through facilitating partnerships between academic institutions and for-profit companies, when EBRP makes a grant to a research project they retain the added upside of generating a recurring donation stream if the therapy or product is commercially successful and then using the revenue from that investment to fund additional EB research (ebresearch.org, 2019). Some of the pros according to Michael are that the payoffs are big and that the revenue stream (which has made the organization sustainable) is one that many organizations are not privileged to have. However, some flaws are that the budget needs to be made without any venture revenue and that it is hard to predict the volatile markets.

Currently, Michael oversees a staff of three full-time and two part-time employees while reporting to a board of 33 members. Being a leader of servitude and understanding intrinsic motivations of others allows him to understand what his employees desire and enables them to dovetail personal and organizational goals. Being adamant about walking the walk, Michael has given his employees the unconventional opportunity to present to EBRP’s board. Feeling a constant need to sell his vision to board members, he feels that in order to drive the significant change he would like to see, the heavy lifting must be done outside of meetings and is up to both the board and staff members. Ensuring that EBRP’s mission is crystalized allows for tangible results.

Crutchfield and Grant (2012) believe that high-impact nonprofits subscribe to six ideologies: advocating and serving; making markets work; inspiring evangelists; nurturing nonprofit networks; mastering the art of adaptation; and sharing leadership. Although some of these attributes were part of EBRP’s culture before Michael assumed his role as Chief Executive Officer, a couple of them have been nurtured through his leadership. In order to advocate and serve effectively, Crutchfield and Grant (2012) note, “combine advocacy with programs on the ground, you gain even more traction against the problems you are trying to solve”(p.240). Likewise, in order to share leadership, one must “increase your impact by delegating real responsibility to your senior management team, second-in-command, board, and local site leaders. There will come a point when you cannot make all the decisions for the organization -- at that point, you can let go of power and empower others around you” (Crutchfield & Grant, 2012, p. 243). Both of these practices have been implemented by Michael. Whether it be partnering with different institutions and universities in an effort to cure EB or allowing staff and board members to feel empowered and confident that their voices are being heard, he has added cultural characteristics that allow for EBRP to thrive in the unforeseeable future.

Michael Hund’s dynamic leadership would be categorized as a legislative leadership style. “Legislative leadership relies more upon persuasion, political currency, and shared interests to create the conditions for the right decisions to happen” (Collins, 2006, p.11). This combination of personal humility and professionalism will create legitimacy and influence others (Good to Great, p. 11). In Good to Great and the Social Sectors (2006), author Jim Collins describes a “Level5 Leader” as someone who possesses these dynamic legislative abilities. It’s hard to make a case that Michael is not one of these elite Level5 Leaders. However, I’m sure if someone were to bestow this title upon him, he’d graciously take the compliment and create an opportunity to give credit to those he feels privileged to serve.

Kyle A. Smith is the Chief Executive Officer and co-founder of Crescent Foundation. A proud home-grown Philadelphia native, his ability to bring people together for greater causes has allowed him to maximize donor capacity for various nonprofits. Working closely with both patient and provider stakeholders of the sickle cell community, it is Kyle’s hope to create purposeful alignment in the strategic care for those surviving this devastating disease. As an emerging leader in the nonprofit sector, his ability to listen and quickly prioritize has created solutions and opportunities to resolve daily challenges organizations face.

Dedicating his life to working with those battling various life-threatening illnesses, Kyle has been part of numerous initiatives including serving as co-founder and CEO for Crescent Foundation and as speaker for the Congressional Staff Roundtable on Sickle Cell Disease.

Kyle received a bachelor’s degree from Temple University in 2011, and a Master of Science in Nonprofit Leadership from the University of Pennsylvania in 2019.

Collins, James C. Good to Great and the Social Sectors: a Monograph to Accompany Good to Great. Collins Business, 2006.