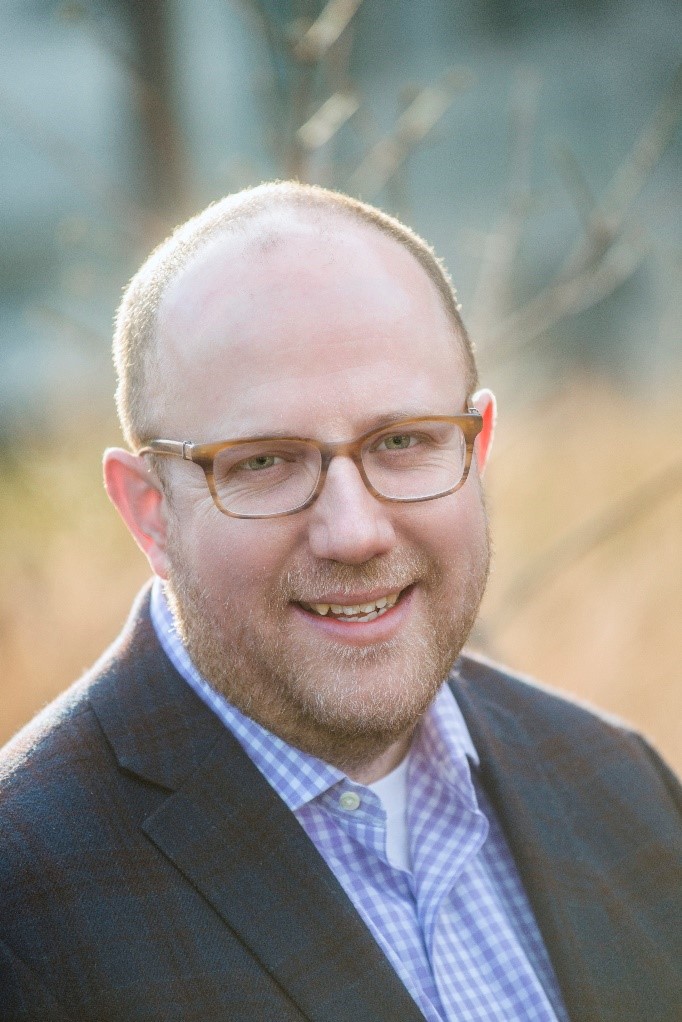 Matt Rader became the 37th president of the Pennsylvania Horticultural Society (PHS) in January 2016. As Matt approaches his fourth anniversary with PHS, I met with him to learn more about his leadership style, the culture of PHS, and his aspirations for the future of the organization.

PHS is a nearly 200-year-old institution, founded in 1827, serving the Greater Philadelphia area and beyond, with the vision of using horticulture to advance the health and well-being of the region. Under Matt’s leadership, and in anticipation of PHS’s 200th year, the organization underwent an in-depth strategic planning process with significant engagement from PHS staff, board, volunteers, members, and funders, and resulted in a shared vision built on four impact priorities: creating healthy living environments, increasing access to fresh food, expanding economic opportunity, and building meaningful social connections.

“My interest has long been cities, and how to create cities that are great places to live for everyone.”

Matt first started working for the public benefit following his undergraduate degree, starting in city government and then moving to the non-profit sector. Nine years into Matt’s professional career, he earned his MBA with a real estate focus from the Wharton School at the University of Pennsylvania. At Wharton, he discovered management as a discipline and began working in management consulting. This deep understanding and experience with organizational management has served Matt and PHS well.

Matt embodies the legislative leadership style that is essential for highly effective and sustainable non-profit organizations. While Matt is “not a leader who believes in imposing a vision on an organization,” he has effectively set the tone for PHS to work collaboratively to execute its vision. In fact, a commitment to inclusivity in planning and decision-making seems to be one of Matt’s most effective leadership skills. Matt sees NPOs as assets to society, which are held in the public trust. Therefore, his purpose is to care for the asset and ensure its value is not depleted, while ensuring the organization is being used for the greatest public good. By working with PHS leadership to nurture the organization (including the PHS community of donors, board, staff, and constituents) together a common ground could be decided on.

Matt has helped move PHS toward a more cohesive, focused, and sustainable future, largely through his sincere excitement and dedication to attain the vision of PHS and support the community of Philadelphia. However, as Matt told me in our interview, “there is far more work required to propel something in a forward direction than I imagined,” and just channeling that energy is not enough. In fact, he expressed that it can be incredibly challenging, as a large NPO leader, to constantly think about the future of the organization and drive that vision forward, especially in the inclusive way Matt desires.

When asked if there have been critical events or junctures in the organization that have caused PHS and leadership to shift the direction of the organization model during his time with PHS, Matt provided three specific examples: First, the internal PHS team worked together to establish a set of employee values for PHS. The process of developing the values statement was inclusive, allowing for trust to be built among staff and leadership. Each year, PHS conducts a Values Day survey to assess how well the values statements are being lived out.

Second, Matt expressed that the strategic planning process was integral to shifting the organizational model at PHS and giving shareholders a path forward toward a sustainable, impactful future. PHS’s Vision2027 outlines the exciting 10-year plan and vision for PHS that culminated from this comprehensive planning process.

Third, PHS has made the intentional decision to embody diversity, equity, and inclusion. PHS staff have done implicit bias training, met with external consultants, and developed a diversity steering committee that meets on a regular basis and provides input on messaging, programs, activities, and hiring and training practices.

Interestingly, Matt told me that he never had one specific mentor, as many successful leaders do. Instead, Matt looks to leaders within PHS, his peer organizations, and other successful leaders in public, private, and social sectors for inspiration and best practices in leading PHS toward a forward thinking and acting organization. In retrospect, Matt wishes he had realized earlier that people really care and really want to help you develop; you just have to ask and be open.

Elizabeth “Beth” Harders is a Clinical Research Project Manager in the Department of Neurology at the University of Pennsylvania.  She is currently pursuing a Certificate in Nonprofit Administration at Penn’s Fels Institute of Government.  Beth is a passionate supporter of Philadelphia-based nonprofits who utilize horticulture and agriculture to improve the community.