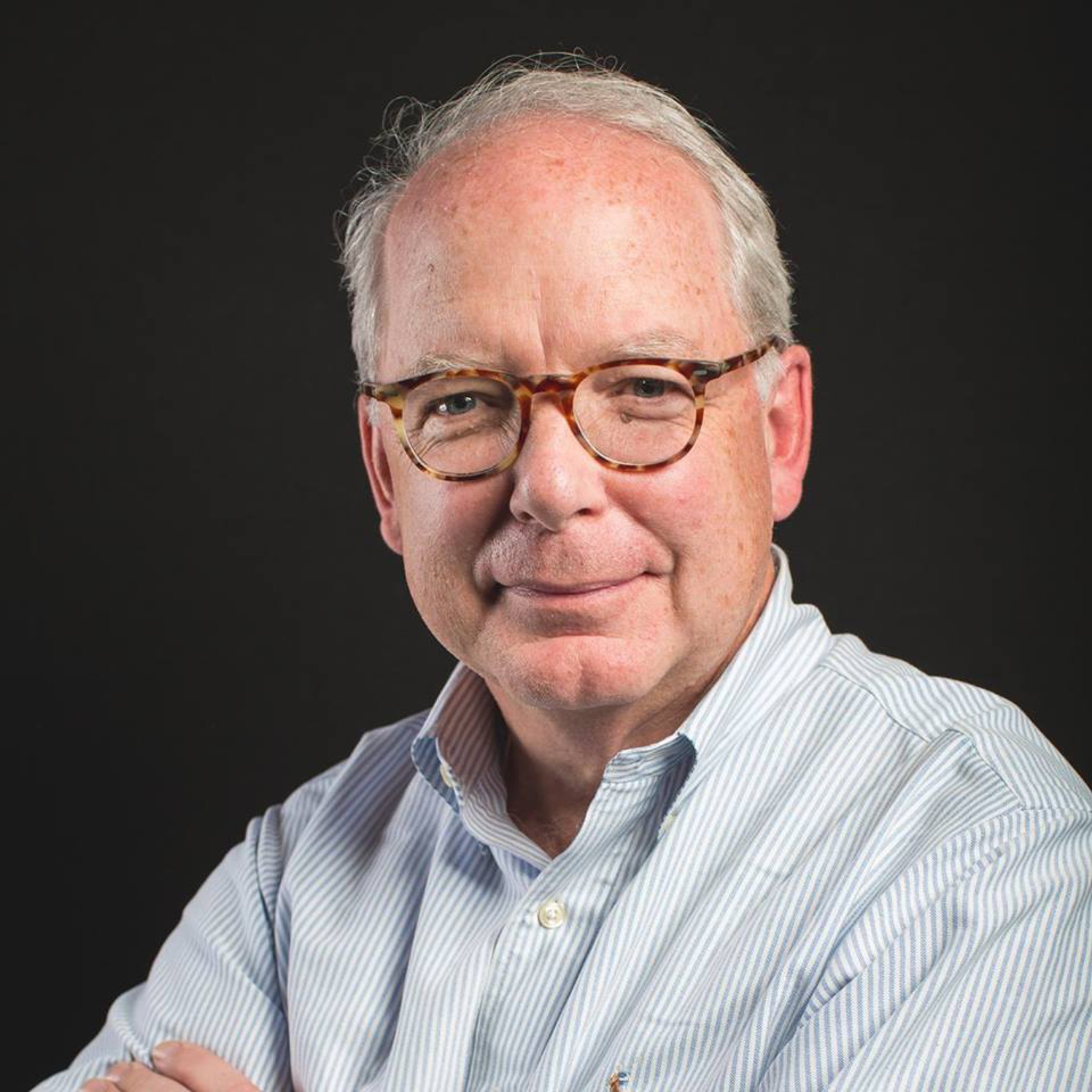 Episcopal Community Services (ECS) is a nonprofit organization that challenges and reduces intergenerational poverty by increasing the ability of people to improve their lives and achieve economic independence. In other words, this organization not only helps those Philadelphians who suffer from intergenerational poverty, but actively works to help them rise above it by providing the tools and opportunities needed to do so. At the helm for ECS is Executive Director (and “Head Coach”) David Griffith, a former businessman with more than 33 years of management experience in the private sector and the first non-MSW, non-clergy executive director in the organization’s history. Last March, I had the opportunity to sit down with David to discuss this incredible nonprofit and his experience as a leader in the third sector:

To start, I asked David how he feels his own organization is different or unique from other organizations with similar missions and goals. “We are in the change game,” he replied, “while everyone else is in the maintenance game.” According to David, the American poverty rate has not shifted much since about 1960, when that rate began hovering around 15 percent. Because maintenance programs were not going to move the needle on poverty, the historic Episcopal Community Services decided to take a different approach and work to raise people out of intergenerational poverty once and for all. In the pursuit of this mission, ECS has invested deeply in new ways of thinking and managing individual cases, finding incredible success as a result. However, despite this success, the organization began to struggle from administrative and management issues in the late 2000s. This led to the arrival of David on the scene in 2013.

If you ask David about the process of his hiring, he would confidently tell you, “I was conned!”. Having just retired from private sector work and eagerly planning to “do some more fly-fishing,” David got a call from a professional contact who was helping with the search for the organization’s new executive director. “I had never heard of ECS before then, which shows that they had a branding problem,” said David, reflecting on his immediate consideration of the myriad ways he could help improve the organization. After speaking with a few others about this position, it soon became obvious that it was a great opportunity for “one final professional chapter.” So, David chose to go for it -- a decision that started a new chapter for the organization.

For the past six years, David has worked to revitalize and strengthen Episcopal Community Services by merging best practices from both the private and nonprofit sectors and relying on his unique, community-based leadership style:

“Knowing the right people and getting them onboard was really the ‘secret sauce,’” David posited, noting that building an amazing team and “setting them loose” was the key to his early success with the organization. “Talent matters first, second, and third. The better the talent, the better the programs. In the for-profit world, investing in talent leads to better revenues, margins, et cetera. This is the same in the nonprofit world: organizations must find and nurture talent as best as they can, then give these talented staff members a seat at the table.” At Episcopal Community Services, all staff members are highly encouraged to share and collaboratively develop their ideas, and to draw from resources such as the expertise of David himself (he is the organization’s “Head Coach”, after all), in order to improve the organization’s antipoverty efforts. David’s trust in those he hires is evident, but he must be confident in a candidate when he hires them in the first place: “The long-term goal is for me to be the dumbest guy here when I leave. If I did my job right from the beginning…well, it would be insane for me to tell my staff what to do. My job is to be a coach, figure out strategy, and build a talent pool.”

Interested in how David’s leadership style first impacted the organizations, I pressed him for more information about his first actions as Executive Director:

“First, I had to lay down a major program to mix with Philly regulations. This required making a deal with other related nonprofits (we make deals with similar organizations frequently -- one of our core values is ‘community’: we will always choose to collaborate and never choose to compete) and working hard to get several administrative problems sorted out.” After that was completed, David did exactly what he normally would do when starting a new venture: call in two professional contacts to help get things on track.

The first of these contacts was a leadership coach that David called upon to help out at seven different businesses in the past. “I always have her teach four fundamental skills: how to give and receive feedback (whether one is a supervisor or not), how to hold crucial conversations (including how to plan and carry them out respectfully), how to “name the elephant” (if you grab the elephant, you are safe and have permission to name it), and how to work in an open-door open-book culture (open-door, in that any employee can have any discussion with any manager without fear of retribution; and open-book, in that the organization shares all numbers, tells how money is raised, where it goes, etc.).” The second of these contacts was a marketing professional who David met 25 years ago and has since become great friends with. “He comes in to look at an organization’s messaging, clarity, and branding (internal and external). Language matters, and an organization’s mission, vision, and values really matter. A lot of time needs to be devoted to figuring these things out, and then every action that an organization takes must be run by them.”

Ultimately, the organization’s theory of change boils down to a few ideas: the first is, “the better the talent, the better the program, the better the funding;” and the second is, “the people closest to the work know the most about the issues, so you should always ask them.” These ideas are intensely reflected in the people-focused work culture at the ECS headquarters in Old City, Philadelphia: “This is never about me,” says David. “On Fridays, staff members are encouraged to bring their babies, pets…whatever into the office. At one point, we needed a nursing room, so we built one. I’m not worried about the work getting done, as nurturing the staff will naturally lead to good results.” In response, I asked how David finds and keeps the “right people” in the organization. David mentioned that it all starts with a big and very popular internship program during which interns are constantly evaluated. This program attracts roughly 100 applicants annually, with only 15 being accepted each cycle. Positions in the organization are highly coveted, as ECS has built a culture and reputation of excellence. “If they bust their you-know-what’s, we will bring in two or three interns full-time. People just have a funny way of showing up, so I put them through a rigorous net. What more, success ultimately begets success…and of course, we also pay well and allow people to do some really great work.” David also mentioned that “being called” to the work is one of the greatest requirements for full-time ECS staff members. “You are either called to the work or you are not. If you are called, and if you really want to advance your career, I will help you reach success. I will also gladly write letters of recommendation for my staff members. If they give me three to five good years and want to move on, I will be happy to help them do so. I will nourish my staff members and be their biggest fan as they go on to do great things elsewhere.” While it is always sad to see someone go who has been an integral part of the ECS team, David does not despair: “Turnover, if done right and for the right reasons, can actually be very healthy for the organization. A person can burn out easily doing this work!”.

I next turned my focus toward understanding David’s more personal experiences with leading such large organizations: “What are your greatest challenges when running an organization like this,” I asked, “and what is your process like to resolve them?”. His response: “Biggest challenge? Well, I don’t have time to fish enough.” The two of us laughed a bit before he continued. “But really, there are a few major challenges to running something like this. First is funding the work… and the work is expensive. Fundraising is an enormous challenge; around 75 percent of my time is spent worrying about fundraising, while my COO and other managers worry about the day-to-day operations. Second is acquiring and maintaining talent. Third is starting to think about strategy and continuously tuning it while moving forward. Ours is a really bold initiative. Like I said before, many others are doing maintenance. If we do a lot of good work, there are many other initiatives that will be going out of business. Even us, eventually.”

Lastly, since time was running short, I asked one final question aimed at learning just a bit more about this incredible organizational leader and his entire life’s experience in management: “If you were to start your career over with the knowledge you have today, what would you have done differently, and why?” A simple response: “I would have done a whole boatload differently.” Reminiscing on his days in the private sector, David said that he would love to have worked in the entrepreneurial wave of certain tech companies when the internet era tech boom hit. Certainly, David loved the businesses that he did end up running, but he simply missed out on the technology world and does somewhat regret that. However, despite the ups and downs of his career, “I am where I am because of all of these experiences.” Thinking back on the great things he was able to accomplish during his relatively short time in the nonprofit world, David then mentioned that he may have liked to start in this field earlier. However, “I probably could not be doing what I am doing now without the experiences I’ve had in the past. The intersection of business and social workers in this field can, and will, be transformational. Good business acumen, social work, and technical skills are all necessary and will be absolutely transformational in this sector.” David’s unique leadership style and focus on these transformational interactions have led Episcopal Community Services to new heights of success, lending evidence to his valuation of these interactions.

He then continued: “I think that everything in my life may have been leading me right up to this job. Maintenance will not work -- I can’t take anything away from people who are doing that -- but… if you want to get rid of poverty, you are being very disingenuous to the problem unless you are trying to move people suffering from it permanently out of it.” This is so very true, and perhaps, thanks to David’s great leadership qualities, he and his organization can put themselves out of business sooner rather than later. For this one can only hope!

Aaron Kelley is a two-time graduate of the University of Pennsylvania, possessing both a Master of Public Administration from the school’s Fels Institute of Government and a Bachelor of Arts in Political Science from the school’s College of Arts & Sciences. Currently, Aaron works as Government Affairs Coordinator for the Penn-Del-Jersey Chapter of the National Electrical Contractors Association (NECA).